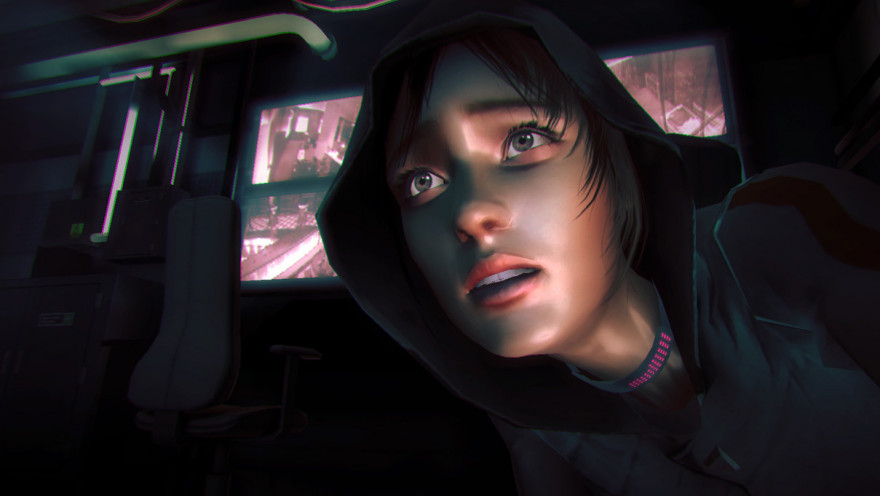 The idea of the surveillance state is a favorite setting for our futurologists, artists, and paranoiacs—and, after all, weren’t they right about Big Brother? In light of the ongoing revelations about the breadth and depth of international data collection, the cultural conversation around individual privacy has shifted to a fever pitch, for good reason.

Of course, substantial social phenomena have artistic consequences. The specter of fascism prompted Orwell’s Nineteen-Eighty Four; the upheaval of the ’60s gave us 2001: A Space Odyssey and The Twilight Zone; the nuclear fears of the Cold War begat Atari’s Missile Command. What artistic developments the current century will bring in response to Big Brother’s unmasking largely remain to be seen.

That said, the developers at Camouflaj Studios—a small team with a cool logo, led by former Halo 4 creative director/Metal Gear Solid right-hand man Ryan Payton—are the latest to find inspiration in our increasingly disquieting cultural life, in the form of their debut offering République (produced in collaboration with Logan & Sons, a video production company based in L.A.).

République spins its vision of dystopia through a different lens than the one we’re used to: while Orwell and Huxley told their stories from a human perspective, Camouflaj opts to cast the player as techno-god, firmly entrenched in the mainframe of the totalitarian. The game opens with its protagonist, Hope, breaking the fourth wall by calling you, the player, on a contraband cell phone; she asks for your help escaping the facility where she’s being held in advance of her scheduled “recalibration,” ostensibly because she’s been caught with banned reading material. “They want to erase me,” she whispers desperately. “They want to erase who I am.”

It’s here that the game’s mechanics are enumerated: with the tap of a finger, you jump from the phone to a camera on the wall. République is nothing if not slick—Camouflaj put some serious thought into designing for a mobile platform, and it shows. You, the player, hop from camera to camera, guiding Hope through each stage and helping her avoid guards, the Prizrak. (If you tap on a Prizrak, you’ll see a brief summary of what crimes he’s committed, what items he’s carrying, his nationality, his face—each a Kickstarter backer, a nice nod to the crowd, as well as the culpability of us all.) You can unlock doors, hack email, and disable security systems, but your interventions are limited to the mostly indirect. The game’s AI controls Hope, and though you lead her through the shadowy world of Metamorphosis (the facility’s name), she’s not a puppet. Tap, but don’t touch.

The stealth puzzles of navigating around Metamorphosis are satisfyingly difficult, and République’s atmosphere is sinister, if not quite subtle. I particularly enjoyed warping between cameras and the attendant subversive feeling, as if I were a clever dissident using the regime’s technology against them. (Having said that: Metamorphosis’ overlords don’t seem particularly competent; there’s contraband everywhere, including on the guards themselves.) It’s also slyly humorous in the figure of Cooper, a renegade IT professional who’s apparently only able to communicate via text-to-speech and emoticons.

République is muscular and innovative, and designed with such loving attention to detail that it sticks in the brain long after its first episode ends. I was thinking about it recently on a descent into New York’s LaGuardia Airport. It was an overcast night, and I had the game open in my lap. As we dropped through the clouds, Queens appeared, unrolling beneath us as a quilt of pulsing lights; it reminded me of nothing so much as Hope’s journey through Metamorphosis. After all, isn’t it the goal of our national security apparatus to know what every point of illumination down there is doing, always? Is their view even so different from a spattering of multicolored lights?

République is spun of the stuff of our collective unconscious.

Obviously, I can’t say. What I do know is this: Camouflaj and Logan have managed to create a game that lives up to its ambitions. République is spun of the stuff of our collective unconscious, and its aim is greater than solving the problems of mobile gaming or inventing a believably malevolent atmosphere.

This game means to make you think. Like Edward Snowden, it’s saying: Wake up.