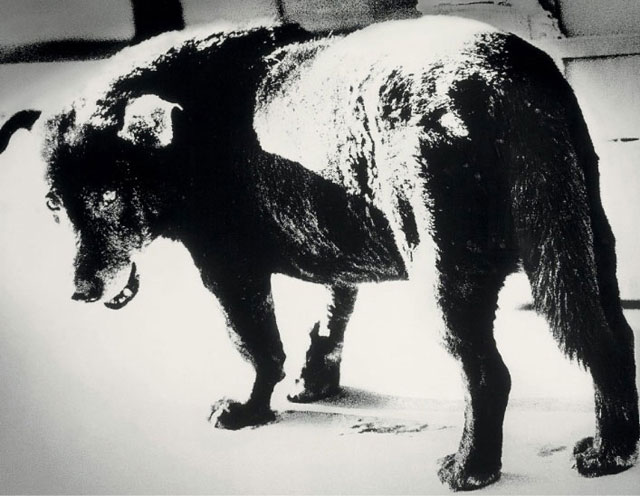 Teddy was a good girl. Her full name, Theodora, we shortened since she was fluffy as a plush bear. She loved chewing sticks. Though officially bred to fetch, Teddy chose civil disobedience; she’d run off after that stick, clamp two paws over it as if the branch was alive and desperate to survive, and proceed to gnaw the bark off until it was bare and her mouth covered in wood-flecked spittle.

Neglect a living creature and neglect a part of the breathing, changing world around you. Neglect a game and its circuitry gathers dust, the same whether it’s played for 80 hours or left to sit on a warehouse shelf.

My family brought Teddy home when I was five years old. She lived a good, long life, until, 12 years later, her torso filled with bumpy masses and she could barely push herself off the ground. The day we drove her to the vet for the last time, I remember my dad lying on the cold cement garage floor next to her, Teddy’s undulating chest heaving. That day was the first time I’d ever seen my mother cry.

We buried the remains in our backyard, under a tree, right at the border between woods and lawn. We might have tied a ribbon on a branch, but the ribbon has long since dissolved or blown away. Teddy could be under any one of the hundreds of trees lining the periphery of my parents’ backyard. What’s important is that she’s somewhere close. The same wood she longed to chew now mingles with her ashy remains, forever. She never was a good retriever.

That was more than 10 years ago. I now live with my girlfriend and her two cats. But I’ve always been more of a dog person. Man’s Best Friend, et cetera. And so for the past month, I’ve been taking care of my new golden retriever puppy. I named her Teddy. I pet her with loving swipes of a stylus, and drop food into her bowl through a series of menu clicks. With Nintendogs + Cats for 3DS, I’ve brought my childhood pet back to life. And I can’t help but feel a mixture of gratitude and self-reflexive horror.

What does it mean to love a fake version of a real thing? How do we become attached to, essentially, lines of code? I guess if you zoomed in close enough, even my beloved pet, the “real” Teddy, was nothing more than strands of DNA—no different from the strings of ones and zeros in my 3DS cartridge. But the animal reacts to your behavior: You praise her and she barks triumphant; ignore her and be consumed by expectant whimpering. Neglect a living creature and neglect a part of the breathing, changing world around you. Neglect a game and its circuitry gathers dust, the same whether it’s played for 80 hours or left to sit on a warehouse shelf.

Why, then, did the original Nintendogs for DS sell over 22 million copies worldwide? The same reason I open up the new, slightly updated version of the game every day, set down a bowl of water and a serving of dry food, and pet my new Teddy on her poofy noggin until rotating flowers appear over her head to the pleasing sound of chimes.

I missed the first version of the game back in 2005, so the core functions are new to me: the novelty of stroking an animal’s fur and seeing the dog, overwhelmed with pleasure, collapse onto her back and expose her belly for a good rubdown; the heady thrill of flinging a flying disc and seeing your pet launch into the air and nab it in her jaws. But the gameplay is limited to these few minor actions: Pet, Play, Walk, Feed. Where the game succeeds, at first, is in its capacity for harboring dread.

Nintendogs + Cats runs on a real-time clock. Turn the game on at 6 p.m. and the sky outside glows a dim red. Open the system at 11 p.m. to take an evening stroll and streetlamps in your fake city light the way. Such chronology affects more than the hue saturation of a certain texture. The first time I skipped a day, I clicked the status box for my pet. Teddy, it said, was “parched.” She was “famished.” I hadn’t fed her, and her insufficient nourishment, these words, were the results of my callousness. I felt a twinge of pain deep in my stomach. And then I chuckled, aware of my unwarranted guilt.

I didn’t miss a day for two weeks.

The phenomenon of digital pets is not new, of course. Attempts have ranged from the cute minimalism of Tamagotchi circa 1996, to the mutated obscenity of Seaman for the Dreamcast (2000). Whether these creatures are brought to life through LCD or autostereoscopic 3D, the paradox of feeling for something incapable of feeling remains. The French philosopher Jean Baudrillard believed reality was being broken down into an increasingly fragmented state of hyperreality, where representations of things replaced the things themselves. The second stage of this devolution is a distorted reality, inhabited by perverse reflections of the originals, now impossible to fully recreate.

“Teddy,” then, is a distorted version of my childhood pet Teddy. What seeds this compulsion of mine? To bring back to life, using the slimmest of definitions, what has long been underground? I’m not sure. The simple answer is I miss her, and this digital clone provides a tiny echo of solace. More curious is that for some, their Nintendog does not reflect a past animal but becomes the animal itself; it replaces the real flesh-and-blood animal they never had. If we’ve only ever had “fake” pets, are they real? From here the question spirals outward: Facebook “friends,” Dolly the Sheep, Walt Disney in his cryogenic freezer. But let us move on before we dip our toes too deeply into such waters, chilled as they are by vagueness and an unknowable future.

Recently my attention to digital Teddy has waned. The thought of her hunger and thirst still gnaws at me, enough to pop the cartridge in almost every day and make sure she’s taken care of. Yesterday I told my girlfriend I needed to feed my dog. She asked if I’d been feeding her every day.

“Jon!” She fed into my guilt with faux concern. “She could die, you know.”

It hits me: But she can’t. If tomorrow I throw my system and cartridge away, deep in the recesses of some landfill, encoded in a line of save data, my Teddy will still be waiting, famished and parched but not dead. And it’s then that I realize the limitations, obvious though they may be, of Nintendo’s pet simulator. I understand its reasons to forgo total realism. A seven-year-old, forgetful and hyper, forgets their new puppy for a week. Imagine the psychological trauma when they turn on the game and see not the curly-haired poodle bouncing toward the screen, but a diseased and malnourished wreck, tongue lolling out of her mouth not mid-lick but grasping for a drop of moisture, anything to ease her terrible suffering. Imagine! I want to see a company take this chance.

Nintendogs + Cats is a broken promise to the deep relationship possible between master and animal.

The games industry has matured alongside its players, but still so many developers lack the courage to push the boundaries of what is expected. Nintendogs + Cats is a broken promise to the deep relationship possible between master and animal. The joy of owning a pet is based on symbiosis: They depend on you, you depend on them. Nintendo succeeds at this to a degree. But I want to see a new kind of life/pet sim. Make the failures permanent, so the successes shine more brightly. Maybe such real-life rules ruin the element of play—to fall into a pit and not respawn is to jump into a hole. Without certain conventions, games lose their efficacy as games. Had “Teddy” died of pneumonia after those first 24 hours of abuse, I surely would have questioned the point.

But it also would have raised the stakes. The life you give to this creature, digital or otherwise, suddenly matters. Imagine caring for your pet and seeing it through to old age, until time and molecular breakdown finally take their toll and you’re forced to click through the hardest of menu options: Take to vet, Scratch behind ears, Say goodbye.