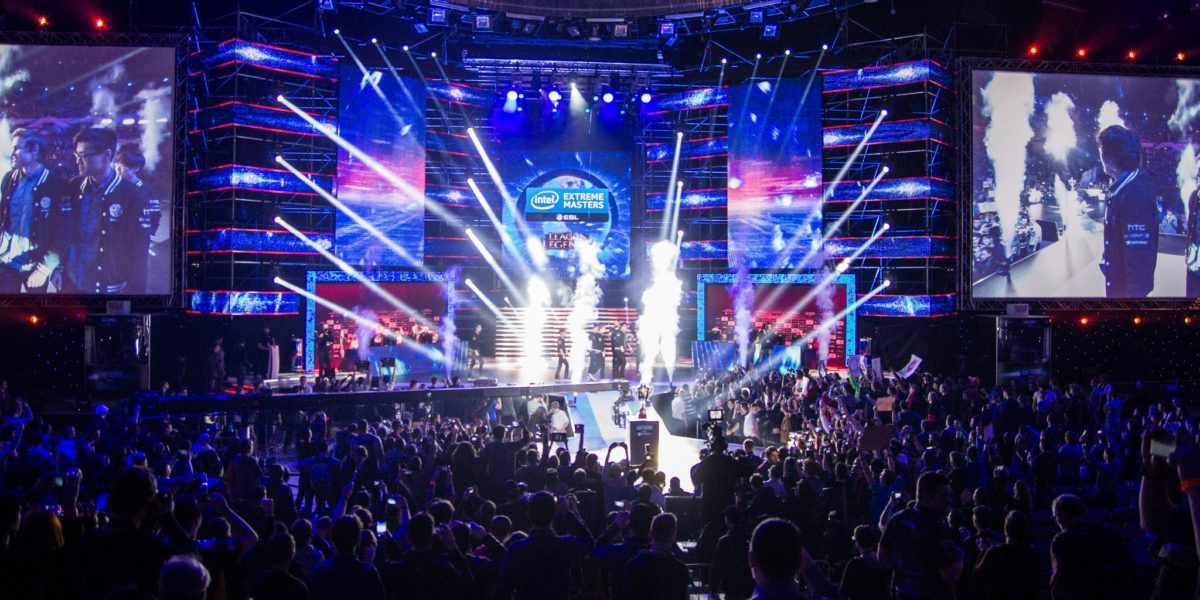 Most professional gamers call quits on their careers long before they turn 30, but streaming platforms ensure these players can do what they love without the stress of competing in the big leagues.

Imagine falling into fame and fortune at the age of 16, flying around the world to compete in videogame tournaments with prize pools totaling thousands and even millions of dollars. This is the world most esports athletes live in, skyrocketing to success before they’re old enough to drive. Even the brightest esports stars, however, can burnout fast: The average esports player’s career barely extends past age 25. Rather than hang up their headsets after retiring from competitive gaming, eSports athletes use their skills to transition into a career on livestreaming site, Twitch, a platform where millions of people tune in online to watch and interact with gamers while they play.

That’s the case for Marcus “Dyrus” Hill, one of the top League of Legends (2009) talents in the world. Dyrus retired at the ripe old age of 24. In the six years he spent competing, Dyrus experienced all the lows and highs of a typical esports career. He didn’t set out to become a professional gamer. Two years after Googling “free online game” and discovering League of Legends (LoL), Dyrus and his mom flew to Sweden to compete in the 2011 Riot Season 1 Championship. It was the first time he’d ever left his home state of Hawaii. Just four years later, Dyrus was already talking about leaving the world of competitive LoL behind.

“I think I’m going to make this my last run and try my best,” he told his Team SoloMid teammates just prior to the 2015 World Championships. “I’m just going to step down and let someone else step up to the plate.”

Many of their futures in flux, the members of Team SoloMid failed to make it out of the tournament’s Group Stage. While one member transferred to another team, two (including Dyrus) chose to retire. But Dyrus lasted longer than many other pro gamers. In part, the rapid turnover in esports comes down to the extreme level of technical precision needed to be the best. Esports is not an easy lifestyle: Pro players are expected to practice for up to 14 hours a day, and the pressure of constant practice can wear thin on anyone. “I started to have less of a grip on things for myself and for my team,” said Dyrus. “It started to feel like I was getting burnt out. Like, what’s the point? There’s very little motivation.”

There’s also the hazards that come from mastering a game: sore wrists from repetitive motions on a controller or keyboard, blurred vision from staring at a screen for long periods of time and the many risks associated with sedentary lifestyles. Even slight degradations in twitch response times or mental focus can mean the difference between placing at a top-tier tournament like Worlds and never making it there. “It’s super stressful because if you’re not winning, you’re not making money—and you’re not having fun,” said Dyrus.

streaming becomes a whole other career after retirement

This is why Tobias Sherman, co-founder of eSports Management Group, counsels pro gamers to be mindful of the full arc of their potential career. This can mean limiting factors that lead to burnout or transitioning into an esports arena where response time and dexterity don’t matter as much. That’s also where streaming platform Twitch can help. Players can continue doing what they love without the high-stakes pressure of competing. Esports streams make up nearly a quarter of all content broadcast on Twitch, with 100 million viewers watching 800 million hours of eSports in the last 10 months alone. For former pros with established personas like Dyrus, streaming becomes a whole other career after retirement.

“When I first started streaming, the initial idea was ‘I want to have fun,’” said Dyrus. “I wanted to show people my cool plays, and I wanted to teach them.”

With more than a million followers, Dyrus’ Twitch fans not only recognize his raw technical prowess, but also appreciate the knowledge of an experienced player. Nowadays, when Dyrus makes a mistake, it’s not the end of the world. It’s a learning opportunity to explain how he and other players can avoid it next time. While response times aren’t as cutthroat in Dyrus’s new streaming arena, speed and top-tier equipment are still the name of the game.

“When I stream, it’s important to have a really good PC because, if you don’t, you’re going to have FPS lag,” he said, referring to the frames-per-second rate displayed on a computer screen.

Streamers are also huge multitaskers. The CPU needs to handle the gameplay while it’s encoding the video stream, streaming and running chat sessions simultaneously. Dyrus tells his followers that his Intel Core i7-5820k CPU at 3.30 GHz was one of the only CPUs that could keep up with his high-speed needs. Consistent frames-per-second are not only critical to his gameplay, but also ensure his stream is a high enough quality to grow subscribers, win sponsorships and collect donations from fans. For Dyrus, streaming has allowed him to go back to enjoying the game he originally picked up to have some fun.

“I still have a lot of things to work on,” he said. “Because of all of the fans and people who support me so much, I’m able to do this and live out a pretty stress-free life.”