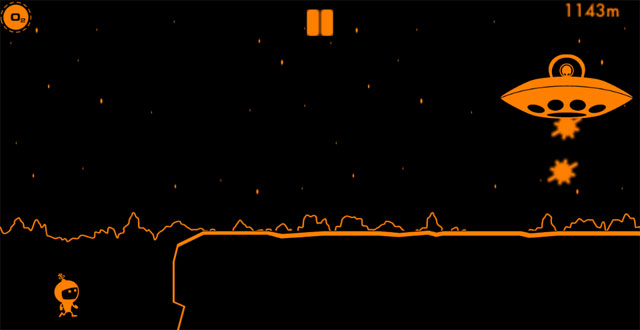 When chip music emerges from a speaker, there is no dramatic swell or intimate sense of the musician’s suffering. There is only the state of the sound being on rather than off. In the preceding moment, there was silence; in the ongoing moment, there is a tacit acknowledgement that machines are moving. And this is hard to understand. There are no fingers positioned meaningfully on strings or keys, nor recognizable tools grasped with purpose. There is instead, vaguely, a series of disinterested electrical impulses traveling all together through a circuit. This is what you are hearing.

So it is with a videogame, except that we must become physically part of the circuit, not quite understanding our meaning or our position, because we are submerged in a state of traveling all together. When Stanley Kubrick put A Clockwork Orange on the screen, he pictured women arched together in a neon milk bar, their pale bodies pressed forever backward against a cold floor, forming cocktail tables, surfaces—say, a medium—for the male visitors. The women provide themselves and the men place their feet on their abdomens and all the bodies work together; but this isn’t a very pretty picture, is it?

I haven’t decided which we are—the men or the women—but this is what it looks like, when the whole idea seems to me very bleak. This is what you call play?

I don’t remember childhood play as a state of psychological torpor, only interrupted by moments of physical hysteria, both underpinned by the vague dread that I am not, actually, in spite of the scientifically validated primacy of play in human evolution, doing anything.

I don’t remember childhood play at all, except as a distant sense of not having anywhere to be, or anything important to do, at any particular time.

I’m trying to review Air Supply, which is a wonderful game for the iPhone. This is a wonderful game because it is literally broken. You are a little spaceman running from left to right, endlessly, shooting the creatures in your way and jumping over holes in the ground. You are collecting bubbles of oxygen so that your air supply does not run out and end the game. There is 1-bit music playing all the while.

If you look closely, still, you can spot the little black corners of the ground, which tell you that you aren’t walking on a jagged earth but on a computer-generated block upon which the author has sketched the earth. If you want a laugh, you will be able to see alien monsters frozen onto one of those black corners, like paper dolls fluttering in the wind. If you play long enough, you can hear the chip music run out and then an uncanny few seconds of silence before it starts up again, like a cassette tape that needs rewinding. If you pay close attention, you will notice that the landscape doesn’t spill smoothly from the right edge—it will jump discernibly forward and jerk the ground improbably with it.

Not a trance, then; not a machine-made confusion, but a man-made dance, like a creaking film reel. The thing moves forward because it has been made to, and you can watch it go, you are given pause whenever the game coughs and hiccups for a nanosecond. You can take a breath. This is not your fantasy, because it is a real thing.

Your left thumb is on the invisible jump button. Your right thumb is on the invisible shoot button. You love jamming your fingers on these two buttons, even though they are not there. You need to shoot a monster approximately once every ten seconds. But your finger is twitching and a thousand bullets are pouring out of your little spaceman—he isn’t drawn holding a gun, but they do appear from roughly his helmet region—for no mechanically justifiable reason at all. You want to do this, though. Each bullet emits an unnamable yet unmistakable sound, an inhumanly flattened pulse somewhere between musical note and electrical shock. Beneath a thousand of these pulses is the ZX Spectrum soundtrack by Mr. Beep, a cosmic flight from Detroit to the Autobahn that simply shreds, ice-cold, and stops and starts when the tape runs out. And you’re jumping up and down, and the jagged earth is shaky and stumbling because there’s something wrong with the code.

If there is any thing that you are doing, it is Air Supply.

A game to appreciate for what it actually is, finally, and not the endless promise of what or where or why it is meant to be. Air Supply comes in different colors, like bubblegum or American Apparel shirts. It is kind of crappy, but genuinely likable.

This is a just game: You can jam on it.