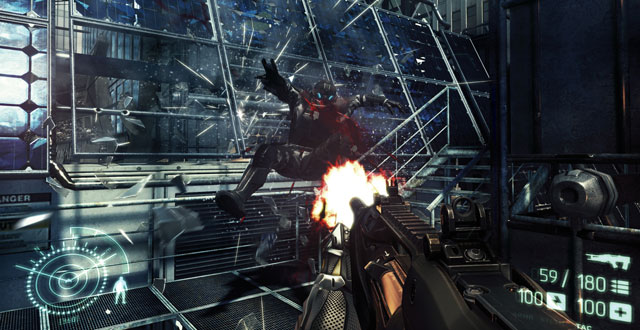 The modern urban environment bombards its inhabitants with semantic information at an incredible rate. Without being conscious of it, our brains are reading and interpreting all those billboards, advertisements, and street signs, whether we’re “thinking” about it or not. A study published in a 2009 issue of the International Journal of Environmental Research and Public Health inquired whether “Visual contact with nature [impacts] on health and well-being.” Based on the hypothesis forwarded by biologist Edward O. Wilson in his book Biophilia that human beings have evolved “an instinctive bond between human beings and other living systems,” it suggested that there was a correlation between well-being and a lack of visual access to plants. Perhaps even more importantly, however, the study found that

The problem … may be ameliorated by adding elements of Nature, e.g., by creating parks, by offering a view through windows, and by [having] potted plants.

A body of literature is emerging to suggest the importance for both our sanity and mental acuity that we engage regularly with nature. The original Crysis seemed to hit on this intuition. I found playing that game and its spiritual second cousin Far Cry 2 to be a soothing balm for my overstimulated gamer self.

Crysis was actually two things: a tech demo, and a sequence of tropical playgrounds built to demonstrate how much fun it can be to jump off rooftops onto the heads of North Korean soldiers while a gentle breeze blows serenely through palm fronds. The game saw generally lackluster early sales, as players struggled to afford the hardware upgrades to run it. Crysis 2 appears to have fallen prey to forces larger than itself, and lost touch with both its tech-demo playground and Club Med holiday simulator.

As a piece of technology, Crysis 2 is undeniably impressive. I play my PC games on a machine cobbled together from a moderately powerful graphics card and a few pieces bought in 2007, the year Crysis came out. So the fact that it runs at 1920 x 1080, on the highest detail setting, with nary a protesting stutter, tells me it’s been designed with the lower specs of current consoles placed squarely front and center. I’m forced to rely on a third-party launcher or tedious console commands to tweak the way it looks, and given that the visual aesthetic is paramount, it’s an underlying source of frustration.

Admittedly, the original Crysis could become almost as much of an assault on the senses. But in those precious minutes of downtime, the natural surrounds were restorative to the player’s frayed nerves and attention.

It’s clear that Crysis 2 on the PC hasn’t seen the love and, dare I say, precision German engineering it could have received from being focused on a single platform. Some of the design choices, on the other hand, are brilliant, such as reducing the number of toggleable suit powers to effectively two: “armor” and “stealth.” Strength and speed functions are now always on, allowing for an almost ridiculous amount of maneuverability. Crysis was roundly criticised for being too “fiddly,” and the streamlining of powers improves the flow of the game immeasurably.

When it works, I feel like an unstoppable chimera with facets of ninja assassin, Viking warrior, tank, and Usain Bolt thrown in. I’ll sprint the length of a Manhattan street, leap into the air via a succession of half-destroyed scenery, and come crashing down behind enemy forces to stab them silently in the back. That’s when it works.

When it doesn’t—and it frequently doesn’t—is when it forgets to trust the player and trust the procedurality of the world it has arranged. The new “‘tactical assessment'” view is clearly scripted in each new area, and makes every open section seem artificial in a way the first Crysis never did. I don’t want to be told via big on-screen yellow marker that I can “ledge grab” up here to obtain a vantage point or shortcut; I want to discover it myself (or, better still, infer it from clever level design and a guiding of the eye).

In my playing, the tactical display seemed to have potential, but mostly it remains unrealized. In the last third of the game, I only opened it to see what the developers wanted me to do in each new urban crater. And one of its core functions—the ability to tag the aforementioned yellow markers, as well as enemies and weapon caches, so they remain onscreen outside of the mode—quickly results in a painful visual cacophony with the world and its particle effects.

Admittedly, the original Crysis could become almost as much of an assault on the senses. But in those precious minutes of downtime, the natural surrounds were restorative to the player’s frayed nerves and attention. The artificiality of the setting of Crysis 2 is an unfortunate turn, in this concrete-weary reviewer’s opinion. New York City is less interesting than the original game’s verdant tropical island, although perhaps if I had any attachment to the city I’d feel differently. Certainly it’s rendered in shimmering, immaculate detail; and with the new ease with which one launches into a flow of jumps, sprints, and ledge grabs, it can certainly be a fun playpen—but it remains fundamentally a city.

The early and late sections give us all-too-fleeting glimpses of Crytek’s famed skill at depicting the natural world, as we dash through parks and skirt waterfronts. I wondered, during the huge grey swathes of drab subway tunnel or dirty city streets, whether Crysis 2 had literally shifted into monochrome without telling. And this is no Mirror’s Edge. Despite flashes of free-running brilliance, Crysis 2 cannot maintain interesting-enough constructed environments that might otherwise have been a worthwhile trade-off for losing the pleasurable natural surrounds. As it stands, for anyone unfamiliar with the natural landmarks of NYC, the city presents as a large bland mass to simply be traversed. And there’s a very good reason people hike through wilderness rather than through cities.

So how do I wrap this up? Is the game rock-solid? Check. Is it pretty? Check. Does it have all the right moves? Check. Does it feel like the decision to set Crysis 2 in a city was a fundamental backward step, coloring everything in a B-grade coating, much like the decision to cast Owen Wilson as a main character in a film you just know he’s only doing for the money? Cheque, please.