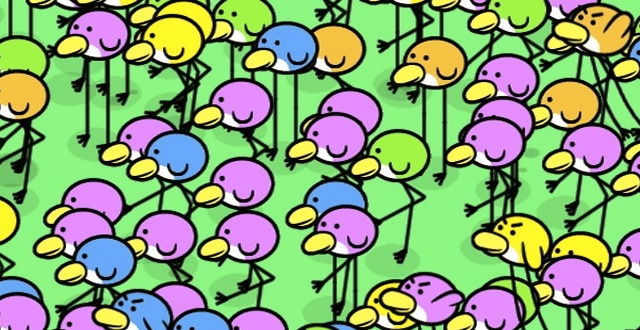 Or at least that’s what I’m told. The crazed hoarding of plastic guitars and add-on packs from desperate boomer rock acts has faded and we’re supposed to move on from Rock Band and DJ Hero to the greener pastures of sequels like Halo 4. But for those analysts that declared music games an economic nonstarter, the use of sound as a springboard for novel gameplay experiences is still as green as ever.

The term “music game” always struck me as a bit odd. As far back as I can remember, all videogames featured music; some have simply used them to differing effect. We don’t have the term “visual games,” although we do use “boardgames,” as that signifies a physical component to the play. The term “music games” has always been confusing in that it highlights a particular aspect of games that should always be important (even if game designers often don’t bring the musician into the development process until the late stages).

Music, like games, leans on metaphor to make its value known. There are no sounds in nature like a saxophone or a guitar. That means that the job of the critic or writer, at least before the age of the MP3, was to relay information to the reader about what something simply sounded like. From that task has emerged the woeful overuse of “this sounds like that” music writing, which depends more on encyclopedic research rather than playful, creative wordplay.

Deciphering games for a public audience requires a similar sleight of hand. The question of “What did that play like?” is equally perplexing. In an essay I’ve quoted often, “The Lester Bangs of Video Games,” music writer and essayist Chuck Klosterman points out that critics should not just evaluate the formal elements of what a thing is, but compare that to a bright and airy future of what that medium could be:

And this brings us back to music games. What was left to the wayside was the question of what a music game could and should be, not just what they had become. Fortunately, Rhythm Heaven Fever gives a telling and hopeful glimpse of the future. Music games need not be about be music at all.

As the name suggests, Rhythm Heaven Fever is a manic agglomeration of mini-games designed to test, well, your rhythm and nothing else. It is sheer simplicity—you are given a task (make the seals roll) and a time signature (do that now) and then the game steps back to let you struggle. That narrow focus is a welcome reminder of what games should be: easy to learn, difficult to master. At no point am I required to touch more than two buttons, but from that emerges a wealth of experience.

It’s best to think of the mini-games as short stories, part of larger collection or idea about music. In “Tambourine,” you take cues from chibi-faced chimp who begs you to mimic his movements with, well, a tambourine. The segment is an exercise in call-and-response with correct answers earning his affection and incorrect ones summoning a frog that lands on his head. The result is syncopated joy.

Beyond Rhythm Heaven Fever, music and rhythm games have traditionally been excellent tools for mimicry. At the heart of Rock Band and Guitar Hero were their pitch-perfect imitations of popular songs. You felt the thrill of achievement because the tempo, pacing, and progression of those games led you down that path. But when that door is open, there’s the creeping expectation of complexity. Medium and then Hard difficulty levels aren’t enough because at the end of the day, this is a just a five-buttoned plastic guitar. I used to joke that future Rock Band games would simply include real instruments; and then, well, that happened. Music games became musclebound displays of physical dexterity. Nuance was dead.

Rhythm Heaven is not a simulator, because nothing in Rhythm Heaven is real. Baboons will never be tossing me golfballs, monkeys do not dot the hands of my watch, and parameciums do not dance in circles. This may seem like a simple and obvious distinction, but I state this as the predominant gamer tendency is for more, better, and faster. Shouldn’t we be asking more from less? The ambrosial cartoons  all belie a simple reality—that nothing is more pleasurable than keeping a beat.

Music games need not be about music at all.

It is ironic that the game succeeds in spite of the music. For all the formal elements of challenge that make Rhythm Heaven Fever such a blessing and an experiment, the tunes that dot your journey are anodyne and chipper in the worst way, as if pulled from a nightmare collection of the worst MIDI covers at the dingiest karaoke bar. The one with carpet in Midtown and $2 Budweisers, the one with chits and the red plasticine booths dinged with cigarettes and the mirrored reflections and the guy who wouldn’t let you trade them back in for cash, because THOSE ARE THE RULES SO SING YOUR DAMN SONG. That’s the place of darkness and terribleness that the music of Rhythm Heaven Fever comes from. If I were a 12-year-old J-pop fanatic, then perhaps I would feel differently, but alas, not in this lifetime.

I should also note that Rhythm Heaven Fever is quite difficult, and the game gives you little positive feedback on your progress. “Good Enough” and “OK” become the new A+ as the game operates on binary understandings, much like a parent with unreasonable standards. Either I am doing well or I am a failure. Sometimes I wish Rhythm Heaven Fever would give me a hug or leave nice notes in my lunch, but this is simply the game that I have now and I just need to accept that. That’s what therapy is for.

A kissing cousin to Rhythm Heaven Fever, Beat Sneak Bandit (iOS) makes that liminal space between what is and isn’t on-beat even more profound. You are a sneak who’s been tasked to steal back the town’s timepieces from Duke Clockface by infiltrating his mansion and grabbing them one by one. Each level is accompanied by a metronome backbone, illustrative graphics pulled from the Saul Bass sketchbook, and a Bohemian jazz sensibility.

The lack of buttons on iOS devices forces even more simplicity in design. You move by tapping to the beat; Bandit can only move in a single direction. If you are off-beat, Bandit remains frozen and vulnerable. What Beat Sneak Bandit performs so wonderfully is making the simple act of staying on time a task of the highest importance. For any who’ve played live music, the sinking pit in your stomach when you’ve missed a cue is memorable and terrifying. Bandit recreates that feeling with tactical precision.

At its heart, this is a game about patience. I have tendency to come in to early. Perhaps it’s overeagerness or something more metaphorical about my disposition, but waiting is not my strong suit. At each stage, whether it’s composing myself for the next searchlight to shut off so I can pass, or summoning the sangfroid to wait for a guard to turn his back to me, each moment requires me to reflect on not doing something before acting. The designers at Simogo are telling me that I need to slow down.

All games teach one thing or another. While there is no mistaking that music games do not teach music as a discipline, they do teach music as a disposition. In his book Guitar Zero, neuroscientist Gary Marcus sets out to debunk a commonly held belief that certain skills, like learning music, can only happen at certain times in life (known as “critical periods”):

If critical periods aren’t quite so firm as people once believed, a world of possibility emerges for the many adults who harbor secret dreams—whether to learn a language, to become a pastry chef, or to pilot a small plane. And quests like these, no matter how quixotic they may seem, and whether they succeed in the end or not, could bring unanticipated benefits, not just for their ultimate goals but of the journey itself.

What games like Rhythm Heaven Fever and Beat Sneak Bandit reintroduce is music as space of possibility—not of creation, but of play. By whittling everything down to the straighforward request of keeping time, both games allow something deeper than physical dexterity: the simple joy of perseverance. Perhaps the music games of yesteryear had it all wrong. We shouldn’t be trying to emulate live music experiences—that’s what concerts are for. Games shouldn’t point us into the joy of music; music should feed us into the joy of games.

Marcus continues: “There may be no better way to achieve lasting happiness—as opposed to mere fleeting pleasure—than pursuing a goal that helps us broaden our horizons.”