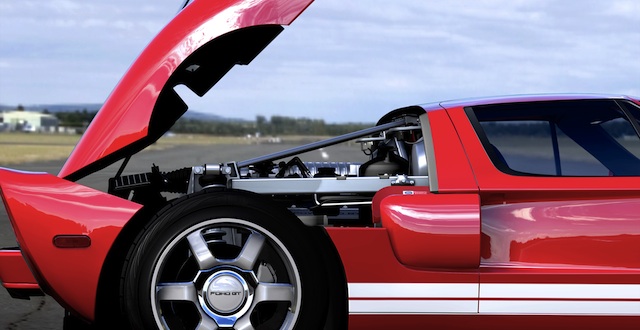 When I was a freshman in college, my friend Sleepy P (this is not his real name) and I thought that his roommate Terrence was a robot. We never got a chance to check out his circuitry, but if we were a jury and a prosecutor tried to have us convict him for being a living human, we wouldn’t have put him away. Too much doubt.

Essentially, Forza Motorsport 4 is a game about owning cars. It foregrounds the process of looking at computer renderings of very expensive vehicles from every single angle. You also drive these cars through various raceways around the world (narrated, I should add, by the insufferable Jeremy Clarkson of the British car show Top Gear); but to many—such as the quasi-robot I once knew—that’s not going to be this game’s appeal. See, you start out with a really crappy car, and by winning race after race, you slowly earn cooler and cooler cars, until you work your way up to hyper-powerful F1 cars that look and drive like a medium-sized dragon. You can give them better parts, paint them up, add weird decals. Whatever you’d want to do with a car, really. For example, I bought a DeLorean and became fixated upon maximizing the utility of its drive train, despite the fact that I couldn’t really tell you what a drive train does. It was satisfying every time I gunned the vehicle to 88 miles per hour. I was not once sent back in time.

Whatever you’d want to do with a car, really.

It’s sort of crazy that this game starts you out with a Volkswagen Fox, and within about 10 hours of playing hand you a vehicle so insanely rare and expensive that under no circumstances would a normal person ever possibly buy one. I’m talking about cars that really rich people buy to prove to other really rich people how rich they are. The type of car where if the thing’s alternator breaks, the guy who owns it is sort of pumped, because that means he gets to again prove how rich he is by hiring one of the 12 mechanics in the state who are qualified to fix his car’s alternator. Forza Motorsport 4 is not for these people. These people are Scrooge McDuck in the flesh.

Forza is meant to replicate this Scrooge McDuck experience with way more detail than is really necessary. For example, my review copy came with an “owner’s manual,” complete with a real-life tire gauge to measure the pressure on the tires of the car that I do not own. For a game that—again—is meant to simulate the process of owning a car, this is insane. Playing Forza Motorsport 4 is like listening to a Rick Ross song, or watching a million episodes of Entourage in a row. It’s aspirational as fuck.