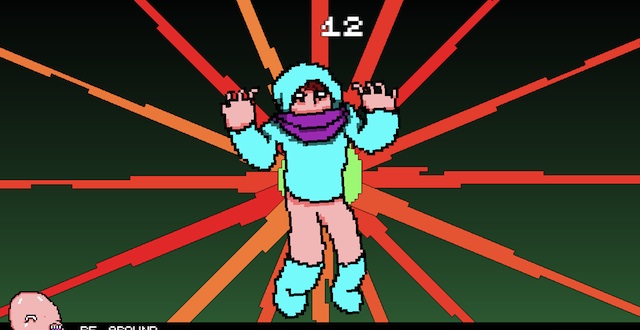 It now seems probable that, given more time to develop, videogames will be widely recognized as artistic endeavors, in the same manner as cinema before them. Even then, the fact will remain that videogames—and, to a lesser but significant extent, cinema—are fundamentally different from the classical arts. This isn’t just high-culture nostalgia; the distinction is practical.

The commercial languages of literature, music, theater, and dance were all shaped by richly developed folk cultures; traditions that were aestheticized by an elite and then sold back to the masses of their origin. But where the classical arts gestated among a traditional populace before being absorbed by a commercial elite, the cultural trajectory of videogames has run in reverse, for obvious reasons: game design has a much higher entry barrier than singing, dancing, or telling a story. Thus were videogames were born in a commercial sphere controlled by a technological elite, with no folk history to guide, enrich, and inhibit them—unless you count tabletop gaming, which seems a redheaded stepfather to videogaming at best.

But the general trend toward accessible, mass-market game design tools points to a near future where gaming will finally get the chance to develop the folk language it lacks. If we take Keyboard Drumset Fucking Werewolf as a bellwether—and I think we should—it looks like gaming’s folk movement will be all jumbled up with its avant-garde. This makes sense, because an avant-garde is always a reaction to elite codifications, which folk-game creation must contend with at the very outset.

To understand what’s missing in our conversation about games as art, it’s useful again to compare them to cinema. The art of film includes the lavish, emotive productions of Spielberg and Scorsese, which videogaming answers with BioShock and Uncharted. It also includes the leaner, more cerebral works of von Trier and Lynch, which subversively honor commercial formats—and gaming answers them with Flower and Braid. But cinema also includes Derek Jarman and Maya Deren, Stan Brakhage and Andy Warhol—people who, with different values (be they punk, mystical, artisanal, or theoretical) smashed up the conventions that their mainstream and art-house foils endlessly refined. In the no-budget, no-wave zone, gaming lags far behind. Keyboard Drumset Fucking Werewolf jumps into this underdeveloped breach with both hairy, clawed feet.

Getting to the end of the game is less a matter of conquering its goals than simply figuring out its haywire logic.

I swear we’re going to talk about the game itself in a second, but first, I’ve got to add one more name to the mix: Ryan Trecartin. A young art-world sensation, he makes funny, terrifying videos with strong overtones of pop-culture nostalgia that convey the impression of technology running amok. They posit the glitch, the crash, and the operator error as ecstatic forces in an otherwise orderly system. They feel like nothing so much as the internet eating itself. These same values power Keyboard Drumset Fucking Werewolf. A chaotic, poorly explained, barely functioning explosion of punk energy, it’s like a seizure-inducing blend of Altered Beast, Commando, Contra, Trecartin videos, the “noise comics” of the Paper Rad collective, and goals so meaningless and obscure that they seem to poke fun of the very concept of goals.

We begin at a title screen where electro-punk blares, as it will continue to do throughout the brief game. Just in case you didn’t get the reference from the trochaic tetrameter, the title is even rendered in the iconic Teenage Mutant Ninja Turtles font, so that “Werewolf” is limned in green turtle shells, which is inexplicably hilarious. You’re an Eskimo, with “nothing to fight for,” according to the manual nested in the download, “or care about.” In an 8-bit world of garishly flashing colors, you leap up cloud platforms collecting energy cubes, menaced by bats that are “hypnotized by someone (or something).” Reach the top of the mountain with enough cubes and you transform into a werewolf by jamming on the “z” and “x” keys as fast as you can, as the music hits an ejaculatory climax. From there, the game spirals through an array of absurdist parodies, as the play style and control scheme changes with little rhyme, reason, or explanation. Getting to the end of the game is less a matter of conquering its goals than simply figuring out its haywire logic. It’s broken on purpose, over-clocking or shunting the precision tools of game design to produce wild, rude, transcendent effects. It feels like a game made by a crazy person who grew up in the ’80s, but has only anecdotal ideas about what a game is like. Sense dissolves in a corrosive Day-Glo sensibility.

Keyboard Drumset Fucking Werewolf is a decidedly small-scale affair. Essentially an interactive music video for a band called Fucking Werewolf ASSO—who supply the music and graphical assets—it was programmed by a Swede who goes by Cactus, who says: “My aim is to create interesting things, whether it be through visuals or gameplay mechanics. A lot of the games on my site are just small experiments dressed up as games. I’m glad that people still seem to enjoy them.” The impressive cover art was created by Cactus’ brother, who creates arrestingly psychedelic images of Animal Collective and Justin Bieber. Cactus is both modest and accurate about his goals: He has created a very interesting thing in this game. Keyboard Drumset Fucking Werewolf will hardly become anyone’s go-to argument in favor of games-as-art—hell, it’s not even a good game by any conventional measure. But its confrontationally lo-fi, user-unfriendly, mold-breaking, and thoroughly “folk” aesthetic is a crucial ingredient if games are to be a genuine art form at all.