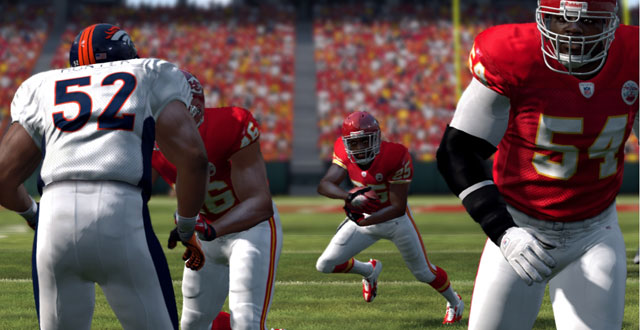 Gonna out myself a bit here: if I think hard enough, Birdmonster got me fired from my last job. You may have long forgotten that stunningly bland avatar for the “blog-rock” movement of the mid-’00s, but allow me to explain. See, I was somehow chosen to head up A&R of a comedy record label whose revenue scheme was based on The Long Tail—an economic model I knew was total bullshit once Birdmonster was the main focus of the chapter about the internet’s democratizing effect on the music industry. Birdmonster parlayed their DIY success into an opening slot for Clap Your Hands Say Yeah (who get about a single sentence in the whole damn  book) and then tried to be the Plain White T’s immediately after their first LP received a 5.6 from Pitchfork. Oh, and the lead singer bro was an intern at Wired and thus knew the author personally.

Anyway, for those unfamiliar with economic witchcraft, the Long Tail attributes the success of Amazon and other digital retailers to selling small numbers of a vast quantity of items, since shelf space is no longer a concern. As such, I was encouraged—nay, forced—to sign everyone with a heartbeat in hopes of creating the most vast library of releases possible, resulting in the release of several hundred comedy albums into the iTunes netherworlds within a span of months. I listened to maybe two of them.

I’m not particularly proud of this, but that was fully within the standard order of procedure—the more I spent staring at the sausage, the less effective I was in the factory, so to speak. Either way, it’s a pretty irresponsible way to run a business somewhat based on artistic input and customer satisfaction. But then again, we’re talking about albums that might sell 10 copies for the rest of eternity.

You can imagine how I feel about Madden, which manages to sell millions of copies at $60 a pop and is the most popular sports title of all time, when it still forces me to ask: Do the people who make it actually play the game before it comes out?

If the answer is to be in the negative, EA Sports’ programmers might be under the same kind of time crunch I was. Fair enough. Unlike any other gaming series at its elite level, Madden simply has to come out at the end of August every year, or … or what? Had the league’s labor disputes postponed kickoff until, say, October, the public would be pissed, but would likely understand the extenuating circumstances. But if Madden NFL 12 came out during Week 2 of the season?

Madden becomes less a constantly refined document of virtual football gaming and more like some sort of bizarre simulator where we’re all beta testers for EA Sports.

Point being that any review that comes out more than a day after Madden gets released to the public is utterly redundant at best, or worthless at worst. You have already determined just how badly each new iteration will need to fuck up in order to forfeit your $60, because the PlayStation 3/Xbox 360 regime has been in place for so long that there is absolutely nothing that can be done to make it a more realistic experience than—and this is the key part—any available football game on the market. As such, Madden becomes less a constantly refined document of virtual football gaming and more like some sort of bizarre simulator where we’re all beta testers for EA Sports.

Because isn’t this the only way to give its loyal customers a legitimately new experience?  Does bitching for months on user boards about how EA needs to revert to the Genesis-era kicking meter and then seeing it actually come to pass bring more pleasure to Madden Nation than another five or so HB Screen passes that don’t work? Despite my receiving a 27-page Review Guide outlining every notable change and feature in Madden 12, I seriously doubt someone who owned Madden 10 but not Madden 11 will be swayed by jerseys that become more realistically soiled during the span of a game. Nonetheless, a few quick notes: The revamped stadium intros are astounding; there’s no more suction in the blocking and tackling; and zone defense is immensely improved without having NCAA Football’s addition of linebackers with Cedric Ceballos-style hops. Of course, I might just be feeling generous because I’m an Eagles fan—thanks to Michael Vick’s ability to roll out of the pocket, I’m playing as the one team that has visual access to the outside receivers with 90-plus speed. Of course, the moment he gets injured, it’s back to the slant routes, so DeSean Jackson and Jeremy Maclin are merely decoys for a suspiciously good Riley Cooper. On the low, Madden might just be a Triumph of the Will for slot receivers.

You will notice these things gradually, appreciate them, and it will all be subject to diminishing returns. However, any major flaws can be spotted within the first half hour of engagement, and discussing them becomes as much of an important part of Madden’s community as its online mode. Rather than fussing over patches in AI, I find it far more intriguing to identify what the programmers either couldn’t fix or just determined not important enough to handle. Or, important enough only to handle at some later date: the announcing is absolutely abominable—Joe Montana Sports Talk-level without even the novelty—but can’t you just imagine it being the major overhaul in 2013?

Likewise, even if bitching about the appearance of the crowd is an annual “what’s the deal” chestnut, the crowd members look even worse than cardboard cutouts in 12—it’s like all the seats are being covered by an elastic, form-fitting tarp with amorphous human designs drawn on it. Injuries during the preseason happen at a ridiculous rate, astoundingly terrible rapper Chiddy Bang appears on the soundtrack, and meanwhile, the much-touted Dynamic Player Performance has a clearly disproportionate effect on gameplay. While it’s nice to realize that similarly rated quarterbacks are prone to hot-and-cold streaks, when Jay Cutler’s game starts to noticeably slip it’s exaggerated to the point of being a symptom of clinical depression: the game might as well show him drunkenly listening to Fevers and Mirrors while staring at a Kristin Cavallari photo spread from a 2008 issue of Us Weekly.

At the very least, Madden 12 acknowledges those of us who leech wireless off their neighbors and thus don’t trust our internet connection enough for Online Play. The Franchise Mode is impressive in its catering to shut-ins—the scouting process is somehow both ridiculously complex and uninformative, the menus require their own instruction menu to navigate, and the free agent bidding process is timed, meaning I can’t wait to do it while on ecstasy just to figure out what it’s like to be Dan Snyder for a day. Or, that purp and getting my Al Davis on.

But as exciting as it initially seemed for me to resign DeSean Jackson to a restructured contract and hire a new special teams coach, well … wait, that’s not really exciting at all! Even worse, there’s no real sense of stakes in all this mess, either. The main reason I prefer NCAA to Madden is that when you really get down to brass tacks, there’s almost no real difference whatsoever between the pro football teams in terms of talent or scheme. Which makes Madden an admirably realistic game: the genius of the NFL is in its parity, how it’s unlike every sport—including hockey—where just about every team has a realistic shot at a deep playoff run each and every year. Without any alterations whatsoever, the Raiders handily defeated the Falcons in the Super Bowl during my first simulated season.

And certainly, if you only play as the hometown team, the makers of Madden don’t want to ruin your experience by the mere fact that you grew up in Oakland. You’ve got it bad enough. The worst team in the league last season, the Carolina Panthers, have a team rating of 72 (this accounts for the 97 percent of Madden buyers who will immediately import Kevin Kolb to the Cardinals and boost their 70). The Packers have a 92. That’s a difference that can easily be made up by a Charlotte native with the proper AI sliders and a knowledge of the five plays that have worked since the days when you could run the WR Reverse with Sterling Sharpe for a touchdown every single time because he was weirdly deemed the Packers’ WR2. If you play as the Bengals in Franchise Mode, there is no AI adjustment that lets free agents know that Mike Brown still sort of technically owns the team. No such leveling of the playing field happens in the relatively merciless NCAA Football 12. I’m currently playing as Memphis, almost certainly the worst team in college football in NCAA 12’s Dynasty Mode, and believe me—if I don’t emphasize shortening the field, winning special teams battles, and keeping the clock running, I will lose to equally shitty Tulane.

If you cut them, they bleed.

But the decision that determines the extent to which a solo player can actively engage with Madden 12 undermines almost every bit of troubleshooting entirely: how much of Franchise Mode’s most mundane tasks are you willing to delegate to the CPU? It will fuck them all up. It will resign no one you care about, and draft with no sense for need. Your scouting will be utterly worthless. And this is about the only way you can really make the actual football interesting—as opposed to realistic—in light of Madden and the NFL’s vested interest in giving the appearance of everyone equally capable of being the big winner. And yes, I hear you: if you take your own ability to control your own players out of the equation, you’re basically left with NFL Head Coach, quite possibly the most theoretically fascinating and actually boring sports title EA has ever released.

And yet, you get the feeling that NFL Head Coach is something of an artistic martyr in EA’s office, a flawed but cause célèbre beloved by a select few who are determined to have its influence ring through the ages, à la Tim Buckley or some shit. And that’s where things get really interesting—most notably in the cutdown days during the preseason, the single most emotionally taxing event ever included in a sports game. The decision of whom to cut is fairly simple: I looked for the oldest, lowest-rated players (preferably on the offensive line) and cut them.

Here’s the catch: If you cut them, they bleed. Quite literally—the players you choose to release react to your decision by begging for their livelihoods, swearing vengeance and asking profoundly depressing questions about their future—one player sarcastically wondered if he was doomed to working at EA Sports as a Madden programmer.

He might just be better off. As someone who didn’t even have the stones to say anything at my firing other than “does my severance affect my ability to collect unemployment,” I gotta say that Madden’s HR simulator is where the real action’s at—it’s far more engrossing than anything L.A. Noire had to offer. And isn’t that really where Madden can make its strides for ’13—gruesome injuries, post-concussion syndrome, sexual harassment scandals in the front office? Yeah, anyone with half a brain can figure out the salary cap or how to beat a cover 2, but what if your franchise’s morale and performance revolved around placating a racist-ass fan base who demands your white backup QB gets the start over a struggling Tavaris Jackson or something? Hell, until a new console emerges, Madden: RPG might be our best hope.