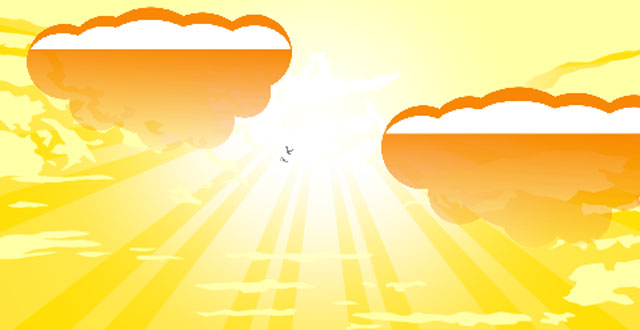 The title is emblematic of the lack of thought put into One Single Life. It’s redundant, for one. Was “Last Final Life” taken?

Its two central ideas are borrowed from better sources. One Single Life is about jumping from one roof to another. While it emphasizes singular bounds over fast-paced parkour, the game owes a debt to Canabalt. Both its electro soundtrack and smooth animation—down to the small roll the guy does when landing—are direct descendants of Adam Atomic’s iconic classic.

This itself isn’t a bad thing. Being derivative isn’t a death sentence.

It’s in the implementation of the second idea that One Single Life trips up. See, you only have one chance to play the game. Once it’s over, you cannot replay it. Exit the game to play again, and you’ll find that you won’t be able to. The option is removed, leaving you access to your final score. Your single life has expired.

It’s a gimmick, but one that has powerful potential. Jesse Venbrux used it in Execution to make a strong point about violence in games. You Only Live Once used it as a gag: Try to play the game after you die, and you cut to the Princess wondering where you are, or the paramedics responding to your plight. One Chance is one of the more recent examples. The end is nigh, and you have to decide how to spend your final days. That you can’t replay and see the other endings leaves each player’s game distinct and potentially revealing. Beans, One Chance‘s developer, chose the one-play approach to emphasize the choices made, because they were the only ones you had.

In One Single Life the gimmick lends a serious tension. Each jump can literally be your last. The game is smart enough to tell you how many have failed your next jump—to psych you out before you jump. You can practice infinitely, enough to get a grip on the slightly slippery controls. One touch sends you running; another sends you jumping, after a slight delay. On the fifth jump, I went for it, but I had miscalculated and hit the side of a building.

Then One Single Life gave me another life.

You die. Game over. Read the credits. And the game rewards you with another try? A slap to the face. I lost the desire to play again. Why would I even want to?

Is it really worth it to play One Single Life again? Had it stuck to its convictions, it might’ve been something unique, instead of a weak punch line. One Single Life is a one-trick pony, and it didn’t even bother to do the trick well.