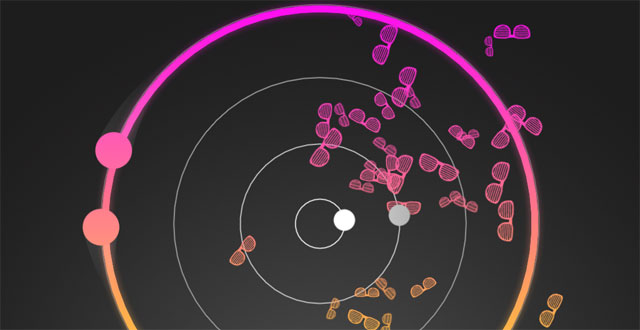 My parents enrolled me in piano lessons as soon as I learned to bend my fingers. I remember long afternoons with my instructor, drilling songs over and over until I hit every note.

This was pretty typical of the Suzuki method, a teaching philosophy lauded for turning kids into impressive performers quickly through disciplined practice. The compromise is that pupils learn very little, if any, musical theory, and are pushed to rehearse for memorization rather than develop skills, style, or passion. Without context or culture, the Suzuki method doesn’t nurture an understanding of music. It’s the Rosetta Stone of learning piano. You might learn to say a few things flawlessly, but you’re really not speaking the language.

I quit playing piano in middle school, as soon as my parents would allow it. When I stopped practicing, I forgot everything—except how much I hated the piano. Playing Pulse: Volume One recalls that feeling.

But let’s start with the good stuff: Playing Pulse is simple. A ring emanates outward to designate the rhythm (the “pulse” of the song, I suppose), and you tap the notes that appear on the screen to complete the song—the basic mechanic of most music games. The experience feels intuitive and natural on the iPad’s multi-touch screen. You’re rewarded for a successfully tapped note with a smooth, lushly colored explosion, which varies depending on the track (in one New Wave-y song, the notes explode into clever Kanye-style shutter shades).

At that point, are you playing music or memorizing notes? Maybe that doesn’t matter—but a music game should never feel like the latter.

In fact, the entire presentation is gorgeous—Pulse is perhaps one of the most aesthetically pleasing games available for the iPad. It’s too bad the actual experience of playing Pulse is largely frustrating.

The actual interactions players have with music games are shallow—it’s the audiovisual experience surrounding those mechanics that makes them fun. At its heart, Guitar Hero is a simple reflex game about hitting buttons in an exact order. But Guitar Hero feels like so much more because its abstraction is masked by a convincing imitation of musical performance. The notes correspond to real guitar riffs, while the whammy bar and Star Power allow the player to add their own personality to a song. Rock Band extended this idea by giving drummers fills to improvise and singers the opportunity to scream when needed. Music games are fun because you can perform without practice.

Music games don’t have to imitate real-life instruments to be fun, but they shouldn’t feel like practice. Yet Pulse feels like practice all of the time. From its minimalist menus to the diverse soundtrack, it’s clear that the game was meticulously designed. But Pulse’s most original feature—the circular display—is its greatest detriment. The notes correspond to the melody of the song, but their placement on the ring feels arbitrary, usually hard to predict, as the notes orbit each ring. (Imagine the buttons on your plastic guitar changing places on you). It gets even more painful when the game asks you to hit two, even three notes at a time.

When you finish a song in Pulse, you receive a percentage score for the notes you hit correctly. To get 100 percent, you’d have to memorize the placement of the notes. At that point, are you playing music or memorizing notes? Maybe that doesn’t matter—but a music game should never feel like the latter.

As opposed to performing, which is purely social, practicing is a private activity. Despite all the criticism of the Suzuki method, there’s no denying that it trains students who can hit all the right notes. But therein lies the problem: Music becomes solely about pressing the right buttons at the right time.