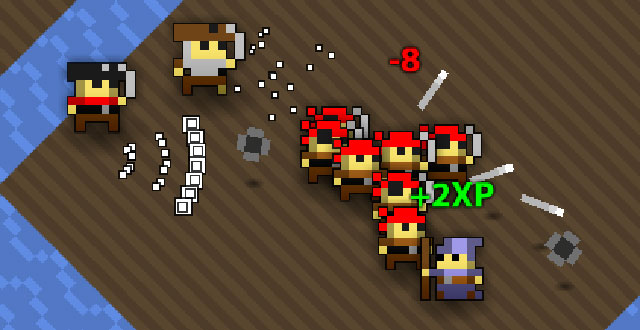 Title:
Realm of the Mad God

Massively multiplayer online games are known to bring out the worst in us. The early days of Ultima Online were filled with enough treachery to make the barbaric lifestyle of the ancient Scyths seem closer to a game of croquet in a gated community. EVE Online is less known for its massive galaxy than for the massive amount of griefing that goes on in it. And how many times have you heard someone say, “I don’t play World of Warcraft because I know I’d get hooked?” MMOs are kind of evil, and that’s their appeal.

The popular indie MMO Realm of the Mad God may be the next Sodom, or Gomorrah, inhabited by a sordid crew of Wizards, Knights, and Necromancers worthy to be cast into an abysm of eternal 500 server errors. Billed as a roguelike and a bullet-hell shooter, but in reality neither, this prince of lies breeds a magic brand of contempt. Consisting of a shallow class system, a business model that borders on extortion, and a grinding technique known as the “rape-train,” bands of 80-some-odd explorers barreling through the wilderness killing everything in sight; the design strips role-playing down to its purest, ugliest, grimiest, guiltiest, and most delicious form. No wonder the Mad God is angry.

The lustful life begins in Nexus, a bustling central station overflowing with hustlers, the wounded returning from battle, and rabble grunting needful things. “HEAL PLEASE!” “How do I change my name?” “Sell snake shield, vbow.” “Lag in the game, me almost dead.” “You almost died?” “Anybody have any warrior stuff?”

Hawking a Short Sword off as a Dragonsoul has long been standard practice, gaining unscrupulous merchants the upper hand in an exchange; but scams were eradicated in the most recent game update, which added a peer-to-peer trading system. It’s too bad, as newcomers naturally start off with the worst gear. A quick way to jump rank, or just annoy people, was to steal a +30 magic robe while it was lying unguarded mid-trade. Now, those getting their feet wet must act on a rather patronizing deed: fighting over handouts. The save system forces experienced adventurers to part with excess goods—or pay up. Players are divvied a scant amount of freemium storage space, so unnecessary inventory is constantly being trashed in the plaza, where neophytes can be found rushing to discarded loot bags, hungrily picking them over.

Outside the city, the warpath ranges through massive, wide-open arenas, speckled with underbrush and castle ruins, where carnage lumps into clusters of battle-tried villainy, and occasional heroics. Traversing the hinterland is streamlined by a teleporting system that allows instant access to server-wavering shootouts, where the wise patiently wait to loot the graves of the brave, standing around in the back of the battle; or better yet, hiding behind a rock. Experience is shared communally, so just being in the proximity of a massive, clumsy rumble will suffice. This results in comical situations, as avaricious scoundrels charge forward through dungeons to catch up with the pack, and make cowardly retreat once they do.

Who can blame them? Their hedonistic values live and die on permadeath—meaning, unless you’ve invested in a soul-saving Amulet of Resurrection, you shouldn’t get too attached to your maxed-out mercenary. Necessary or not, this evil scheme is at home in a world where betrayal, cowardice, and forming alliances in hopes your comrade will be struck down are the norms. It provides surges of tension—even if they occur as you grab their gear and warp away before whatever killed them kills you. This is Realm at its peak. A frenetic, sloppy romp, best consumed while listening to Naked City very loudly, which is what I imagine they play in hell, a place likewise filled with schadenfreude and despair.

Correction: A previous version of this article incorrectly stated that the Amulet of Resurrection could be bought with real-world money. Items that prevent death are bought with in-game currency.