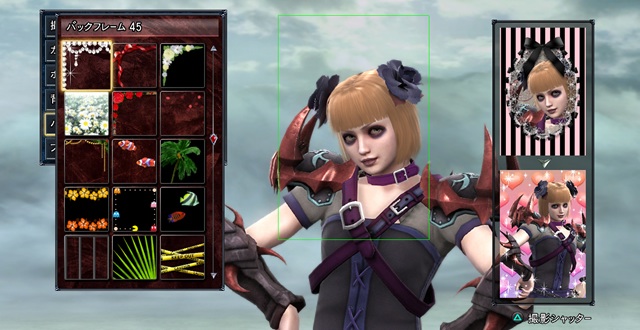 The best fighting games have always been propped up by more than just well crafted mechanics. They’ve also succeeded based on the strength of their personalities. Soulcalibur V might be the first one that manages to get by in spite of them.

Even though the series never amassed the kind of widespread cultural cache that titles such as Street Fighter or Mortal Kombat were able to, it has been able to strike a chord a couple of times since its debut in 1999. At its best, the game’s Renaissance backdrop has been home to exaggerated action that’s fluid and fierce, as well as combatants that ooze with style.

As producer Hisaharu Tago noted in our interview, the kind of imaginary realism that Soulcalibur employs takes priority over any sort of realistic portrayal of weapon-based combat. “The imagination of people has a wide range, and often is prominent, quick, powerful, and something that is emphasized,” he said; and this style persuasively captures people’s dreams, wishes, or delusions. People often select their fighter based on subjective things such as costume design or how cool their weapon is, rather than simply by how strong they are or how difficult it is to master their technique. As such, the characters’ look, the way they move, can also be seen as projections of ourselves, or our desires. A quick connection is formed.

At first, it seems like Soulcalibur V takes this potent line of thought and grinds it down under its armor-laden thumb.

The most noticeable new addition is the story mode that follows the sibling pair of Patroklos and  Pyrrha on their quest to end a 17-year separation. Previous games in the series gave players certain goals to accomplish during battle, requiring them to think outside the box and bend their fighter in ways they may not have thought possible. This highlighted possibilities, forming a bridge between the fighter of choice and the player himself.

That is all mysteriously absent in Soulcalibur V. The plot takes center stage, unfolding through sketch drawings interspersed with cut scenes and straightforward battles. Meanwhile, the issues raised in the narrative have nothing to do with the player or with performance. Instead I found my mind wandering to questions such as: Why is Patroklos such an insufferable stooge? His obsession with his sister sure is coming off strange; what’s with the awkward shots of the two holding hands and staring at each other? If the Soul Calibur blade takes on the form most desired by its wielder, why am I watching a nearly naked, big-breasted manifestation of Patroklos’ mother descend from the sky right now? Certainly, the delusions of these people are painted in stark colors. As a result of focusing solely on them, however, an unbridgeable gap is formed between the characters and the player, for whom they should be an extension. We are so bogged down by their problems that they become impossible to look past.

Fighting games have been slowly heading down this path of story modes and convoluted backgrounds. It’s through these games’ characters that we compete, and it’s easy to see why attempts to create drama through them emerged. They were almost universally terrible, just as they are here, but there was no other choice. We’ve always been limited to those personalities the developers choose to include. Soulcalibur V’s most notable contribution to the genre, then, is that it offers another choice.

If the Soul Calibur blade takes on the form most desired by its wielder, why am I watching a nearly naked, big-breasted manifestation of Patroklos’ mother descend from the sky right now?

The Character Creation mode looked to be a missed opportunity. Wouldn’t repeatedly fighting the computer for points only distract from the spectacles unfolding in battle? It’s most definitely a chore, but the payoff is tangible. There’s more drama, more feeling, in a single three-minute fight between my elegant, spear-wielding deer hominid and my friend’s mummified, hammer-pounding blind woman than in the two hours it takes to slog through Patroklos’ mother/sister issues. Creation options have been improved to the point that people can bring their personalities and desires to life in amazing and, let’s face it, sometimes extremely disturbing ways. Venturing online pits you against anime characters, horses, and any number of sexual deviants. I can’t tell if it’s an armchair psychologist’s wet dream or nightmare.

One of the great things about participating in sports or competitive videogames is the opportunity to feel, even if just for a moment, your ability to transcend limitations—that of your body, that of the controller—and perform something amazing. Beautiful, even. Soulcalibur V’s most worthy goal is to give us the chance to extend our wishes, even our delusions, further into the virtual arena than before. It wants to unleash those imaginations it finds so potent. This whole experience would be more rewarding if we didn’t also have to muck around in the game’s own dramatics.