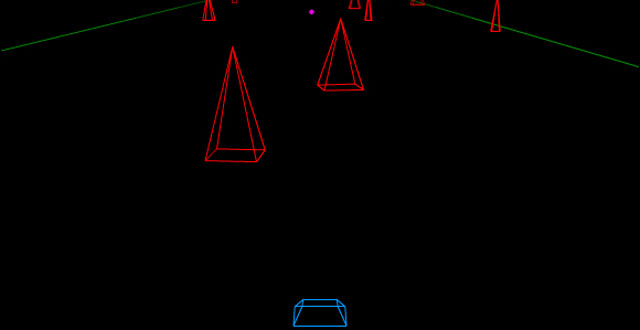 We live in a golden age of simplicity.

You might take umbrage with this notion. “But what of the 1,000 satellite channels to peruse? The gigaton of information weighing down our pockets? Have you ever driven in Boston?” Yes, contemporary life has multiplied our options, whether we’re choosing canned preserves or online dating requests. But one particular field has exploded with a wealth of elegantly simple pursuits: the videogames we play.

For every 100-plus-hour, co-op, subscription-only MMORPG expansion pack, there are dozens of refined, immediately understandable games. Many are online. Most are free. The success of phones as a gaming platform has brought accessible challenges into millions of hands never honed by the multi-click gymnastics required by StarCraft II. The non-player hasn’t built up the mental calluses required to stave off Ikaruga’s pulverizing waves, nor pushed themselves against what I call The Destroyer of Wills, Ninja Gaiden for the NES. These are four-course meals of gaming. But sometimes our palates desire something familiar, something basic. Sometimes we all just want a bowl of ramen.

The App Store has provided, and the people have come in droves. Whereas the previous games require thick instruction booklets of explanation, the most popular games of the past few years require the barest of clauses. Fling bird. Slice fruit. Cut rope. This is play concentrate, boiled down until all that remains is thick and pungent.

Vector Runner for the iPhone is a racing-game consommé. Originally free-to-play in your browser, this updated version strips away all that is unnecessary—environments, story, weapons, even other racers—and what remains is the essence of any game with a finish line: Get there as fast as you can.

This is play concentrate, boiled down until all that remains is thick and pungent.

Except Vector Runner removes the finish line, too. It’s one in a long line of Go-As-Long-As-You-Can games: stretching back from early arcade games like Pac-Man, whose only ending was a programming glitch (with a fetching name), to more recent fare like Canabalt. Instead of a yellow pizza or leaping stick figure, though, Vector Runner gives you control of a vehicle. Or, rather, a small, neon-blue, wire-frame box. Maybe it’s a hovercraft. Maybe an electric car. You can decide the premise.

The road is two diagonal green lines, with red cones and orange cylinders as obstacles. Imagine yourself in a futuristic race against time before the New World explodes from proximity to the sun! Or place yourself in the driver’s seat of an experimental no-engine car that runs on sheer exuberance. But most of the time, if I’m on the train or feeling uninspired, the empty husk of a story stays empty and I hunker down for two minutes of twitch-reaction.

You hold your iThing horizontal. You touch the large oval marked PLAY. The only instructions read, “Touch edges to steer.” An electronic military drumbeat thumps in your earbuds. The whole screen is black, save your blue box and the sides of the road glowing green. A red tower comes rushing at you; you tap your left thumb, and the blue box dips left. More towers and pyramids and other empty forms come rushing at you. You tap right, then right again, then left. As you continue unabated, the perspective subtly shifts closer to your vehicle, and the sense of speed increases. Soon the black is limned with red-and-orange blurs and you’re swerving between columns on instinct. True to its name, Vector Runner is made entirely of points and lines, and yet the rush you feel is the same as avoiding impact with any slab of unyielding concrete.

There are trappings of traditional mechanics here—points, shield boosts, invincibility—and an advanced player could attain some level of expertise that the non-player may not. But at its core, Vector Runner offers the same experience to anyone who decides to play. Everyone can move left or right. Everyone understands the desire to continue forward in the face of obstacles. The goal remains, as it does for us all, simple and elusive: