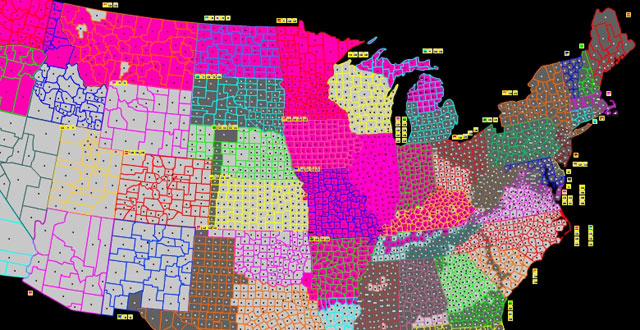 At first glance, WarLight is nothing more than an expanded, browser-based Risk: One-to-n players move faceless armies around an abstracted world, and the winner’s the one who stomps all the losers. But WarLight’s true hook, and the reason it has addicted every friend I’ve lured into it, is simpler. WarLight is Facebook for sociopaths. It’s the world’s best way to stay in touch with people you have no time to talk with.

Just out of beta with a freemium pay model, WarLight is easy to learn and takes minutes a day to play. Each turn, everyone looks at the map and makes their moves. They might spend a minute in the message window, leaving threats or bargains for each other. Only when everyone has committed their orders does the turn move forward. This is much more accessible than trying to carve out two hours for Left 4 Dead, or playing a real-time multiplayer game like Neptune’s Pride, where hardcore players regularly wake in the dead of night to make a key move. WarLight will wait for you, and it’ll make your friends wait, too.

I only play with friends—journo friends, old friends, friends of friends, casual acquaintances, people I haven’t seen since college. People I don’t have time to pick up the phone and call. You pick up so many people in your life, and even keeping tabs via Facebook takes time. It’s hard to write a personal message that sums up everything that’s happened since you last saw this person on the quad at graduation. “Your kids sure look handsome!” is inadequate; and anyway, how many kids do they have? Sometimes it’s hard to remember.

True story: A friend of mine was just at the hospital with his mother. She went in for surgery for a tumor—it could be serious, maybe inoperable, or maybe something they can treat. I haven’t heard the prognosis yet, because my friend doesn’t play WarLight. He’s the only guy I know who tried it and didn’t like it.

If WarLight’s chief selling point is its minimal commitment, its staying power lies in its variety: fan-made maps, adjustable “fog of war,” configurable bonus cards, team versus solo play, and most of all, the “multimove” feature that lets you plan a series of moves and, if you’re good, grab an entire region in a single turn. This is a basic rule in Risk, but it’s much harder when everyone’s giving orders at once. Be warned that the first time you try it, all hell will break lose.

Like any multiplayer game, WarLight teaches you what makes people tick. You learn who hoards resources and who spills them recklessly around the board, who takes losing too seriously, who can’t plan ahead. Most of all, you learn who to trust. Once you master the basics, the game becomes psychological: Who will you form a truce with; when should you break it; and once you finally have the upper hand, who do you crush first? (Protip: If you’re playing against someone who gave a toast at your wedding, it’s courteous to kill them last.) This is all stuff you can do if you spend an evening around the table playing Risk. But the genius of WarLight is that it crams these intimate discussions into tiny chats and messages that we read at our own pace. These quick back-and-forths keep us together when we don’t have time to “catch up.” I may not know how your marriage is doing, but at least I know you’re about to lose Greenland.

WarLight could use a few improvements. Setting up attacks from tiny territories is a touchy business; and of course, as a Flash game, it’s not built for mobile—although if you must, you can fumble through it on an Android, as a friend of mine did, because he was stuck at a wake with no Wi-Fi. And believe me, I’m glad he made the effort. After all, what are friends for?