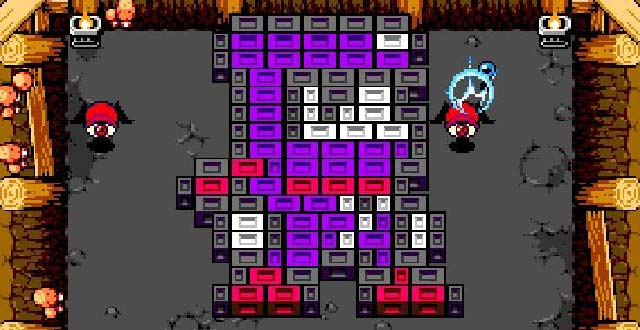 Ron had never seen Al run so fast, two steps at a time. He wasn’t a fit man by any measure, but anything said about Ron was doubly true for Al.

“Just hurry up, you have to see this,” Al said, his voice echoing in the empty stairwell. Steve pushed open a door and disappeared into the office.

Ron looked at the three flights of stairs and muttered “fuck” under his breath.

When he caught up a minute later, Al was running from his office to the testing room. Ron took his time, catching his breath. He entered a room that seemed less like an office in a software design company and more like his basement rec room. Waiting for him were a few people. He recognized Nolan, because these days everybody in the Valley knew Nolan. He was behind the testing cabinet, making sure it was ready. The other two were sitting on the couch, talking to themselves. At least there’s a couch.

Al turned to Ron. “Have you met everybody? That’s Nolan.”

Nolan brushed his hands off on his jeans and stood up. He extended his hand, and Ron reciprocated. “Yes, I think we’ve met.”

“And these two gentleman are the Steves. They’re helping with the actual engineering. That’s Jobs and Woznik.”

One of the Steves raised his hand. “Actually, it’s Wozniak, and, umm, he’s Wozniak, I’m Jobs.”

“Must be because we look so alike,” said Jobs.

Wozniak, the real Wozniak, smiled. “Don’t worry about it.”

“You’ll get it quick, promise.”

Ron stood in front of the monochrome screen and watched it hum to life. He laid his hand on the trackball and rolled his hand over it, getting the feel for it. The shapes started to appear onscreen. There was a paddle and ball at the bottom of the screen. At the top of the screen was a tile pattern of bricks. Ron pressed the button and the ball started to move up. It hit the block and it disappeared.

The ball started to come back down and he rolled the track ball over and caught the ball and bounced it back. Another brick gone, and another, and another.

“That’s not even all of it. This is just one level. The ball gets faster,” Nolan said. “And this one will be ours. No licensing fee. This one belongs to us.”

Everybody in the room smiled. Somebody understood their game.

“This is Brick Out.”

Greg puts down the controller. “Whatever. Break Out, Brick Out, Brick Breaker, Ball Breaker, whatever. Congratulations, Jon, you and your friends have created, like, the simplest game ever. My old cell phone has this.”

“Yeah, you’ve got a lame-ass wizard in it. I mean, dude, yeah, it looks kinda cool. Like the retro look, that’s cool.”

Jon can’t take it. “Do you want something to drink?”

Jon gets up and almost trips on a pile of his clothes. He hasn’t had time to clean. He promises to clean tomorrow. Jon walks to his fridge, which isn’t a long walk in his bachelor apartment. “Fresca and Coke Zero.”

He washes an IKEA glass and fills it from the tap. He hands it to Greg. “Can I ask you a few questions? Is that all right? I want your feedback.”

Greg looks at his phone. “Yeah, okay, quick though.”

“Nah, it’s fine. It’s just … nothing special. You play as a wizard, you pass the level, get coins and spend them in town to get power-ups. It’s like that Puzzle Quest game.”

“Yeah, I mean”—he takes a drink of water—“I hate that game. Because you’re just playing the same game; it doesn’t change. You’re still playing Jewel Swap, except now you’re trying to kill a rat, and it takes two hours to kill it. I mean, if the game isn’t fun enough that I want to play, adding wizards and dungeons-and-dragons shit isn’t gonna change that.”

Jon hadn’t thought about this. It was exactly why he called Greg over.

“Okay, okay, I get that. But … this isn’t Breakout. I mean, it is, but there are some differences.”

“Maybe. You’ve got magic, and that’s all right. I didn’t really feel like I needed to use it. But the one on my phone has power-ups too.”

Jon can’t just tell Greg what’s special about his game. He can’t tell him that he’s fixed every major problem with Breakout, or that this isn’t a cheap clone, but a game that took dedication and effort to craft. He needs Greg to see it for himself, even just a glimpse of it. Because if he can’t convince his friends that Wizorb is worth playing, who can he convince?

Jon tries a new angle. “What’s the most annoying part of Brick Breaker?”

“No, no, Greg, please, think: What’s the most annoying part?”

Greg sighs and slumps back on the hand-me-down uncomfortable sofa bed. “I guess … like, when you have that one fucker, that one brick that won’t disappear. You know what I mean? Like, you’re almost done and you’ve got to rid of that last piece and it fucking takes forever. That’s what pisses me off. Look, I’ve got to get to work, I should go soon.”

Greg takes in a sharp breath. He looks at his cell phone again.

“Fuck.” Greg picks up the controller. “Fine, let’s do this.”

Greg unpauses. It’s another prototype stage, a really simple layout with some guys moving between the pillars. Greg is quick: his cell-phone-honed reflexes keep up. The level is almost cleared in no time, save for a small grouping of bricks in a hard-to-reach corner. Greg tries to hit them with the ball and gets nowhere. Jon knows it’s now or never.

Greg presses down the A button, sending a fireball into the brick, destroying it and finishing the stage.

Jon smiles. Greg finally gets it.