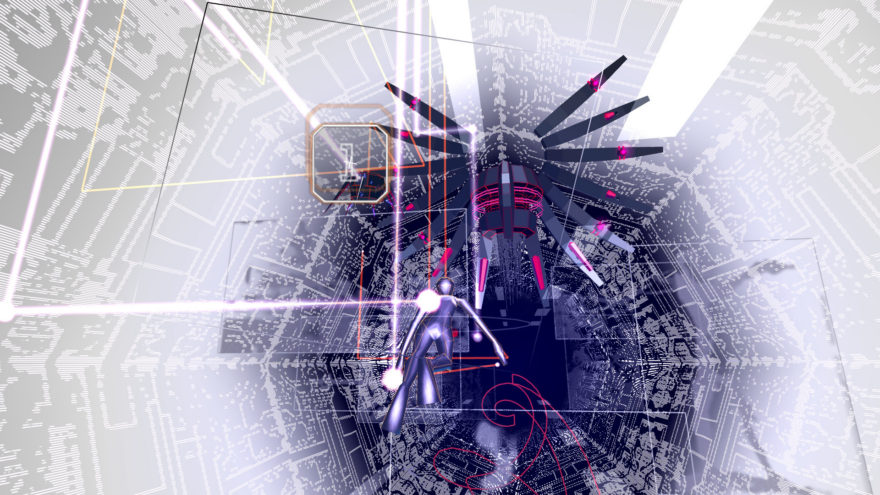 A product of 90s club-kid culture, Rez is getting a fancy re-release for PlayStation 4 and PSVR this fall. If you didn’t know, the 2001 music shooter is a bit of a cult classic, mostly among those who enjoy the rhythm and graphics that permeate its stylized game world. Like a psychoacoustic trip? This is the game for you.

The re-release is not just upping the game to 1080p and 60 FPS (120 for the PSVR version). Rez Infinite will also be released in a collaboration with game and music retailer iam8bit, featuring a one of a kind vinyl soundtrack (complete with attached art and retrospective book), physical disk version, as well as enamel pins and t-shirts (designed by Fez creator Phil Fish).

“just too good to waste”

The retrospective booklet, which is a part of the vinyl done in iam8bit’s traditionally amazing style, showcases both game art and the experiences of the creative team in creating the original and re-release: “What we ended up with was hours and hours of stories about the inspirations behind Rez and its unique development process—stories we all realized were just too good to waste.”

Rez’s producer Tetsuya Mizuguchi said that in part the reason for the re-release was simple: “There’s no easy way to find and play any version of Rez currently—and no way at all on any of the current gaming systems.” Creating a physical disk copy, a growing rarity in gaming today, was a similar no brainer. If the game has become hard to find in the 15 years since its initial release, soundtracks and t-shirts are now also scarce. With the re-release collection, Mizuguchi hopes to give access to Rez to both old and new fans alike.

Pre-orders for everything in the Rez Infinite Official Collection are now live on the iam8bit website.