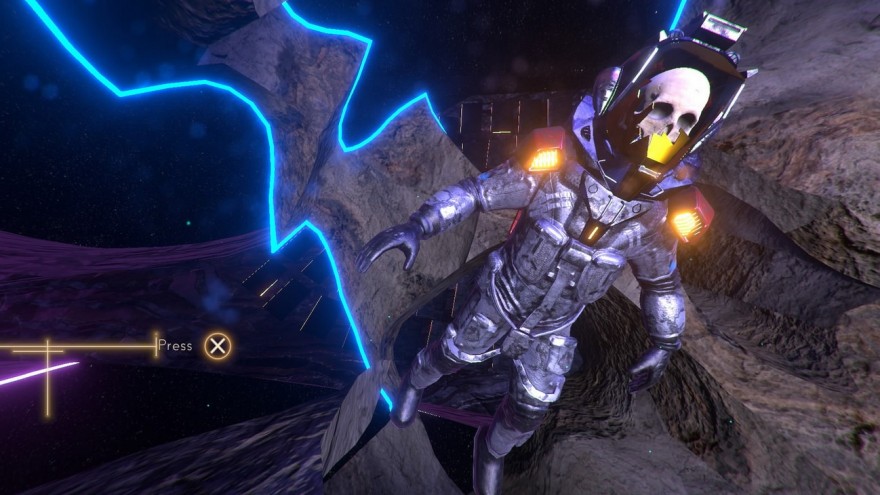 You were lured in by the sight of a skeleton astronaut, weren’t you? Or is that just me? The idea of an astronaut left to rot in space grips me as one of the horrors of the future. At the moment, as far as public records show, there are no dead people floating around in space. But we have to suppose that one day there will be. There’ll be an accident and, for whatever reason, a body will be left to drift off into the void, unrecoverable.

what makes a human a human

Laserlife is an upcoming videogame that follows this line of thinking and will have us exploring the memories of one such departed astronaut. It’s a dramatic change of setting, tone, and theme for the studio making it. Choice Provisions, formerly known as Gaijin Games, is perhaps best known for its BIT.TRIP Runner series of doolally rhythm games. In those, you followed sturdy jogger Commander Video as he streaked rainbows across animated worlds, jumping and kicking to the beat.

Here, with Laserlife, that cheery exposition of goofy road signs and grinning hilltops is traded for a darker philosophical musing among the dead of space. This sudden change of direction is led by Choice Provision’s founding pair, Alex Neuse and Mike Roush, who say they are “fascinated by what makes a human a human.” They hope that the game will have us ask questions even if it can’t answer them: “What makes us whole, and are we simply the sum of our accomplishments, or are we more?” It’s an unexpected turn for the studio to take but it at least falls in line with a longer tradition of sci-fi that has led an examination of the human condition, from Philip K. Dick to Interstellar.

What Choice Provisions hasn’t abandoned is the treasured rhythm game format. Laserlife begins as a future intelligence discovers the dead astronaut and sends in its technology to extract the remaining memory fragments. All this means is that you’ll be guiding two lasers through tunnels to hit floating shapes (the memory fragments) along to the beat of the music. It’s meant to be a lot less testing than the studio’s previous entries in the genre but the challenge can be tweaked to your preference.

The entire trip is referred to as an “interactive biography” as you discover how this astronaut met their end and why they’re alone. You steadily piece together key moments from their life including, as the trailer shows, the fateful rocket trip and a happier scene back on Earth playing with a pet dog. There will also be symbolism to pick apart as it passes you by in the musical tunnels that Choice Provisions hopes will touch on those grander themes of what it means to be a human.

Laserlife is meant to be played in one setting so it may be worth doing so when it arrives for PlayStation 4 and PC on September 22nd.