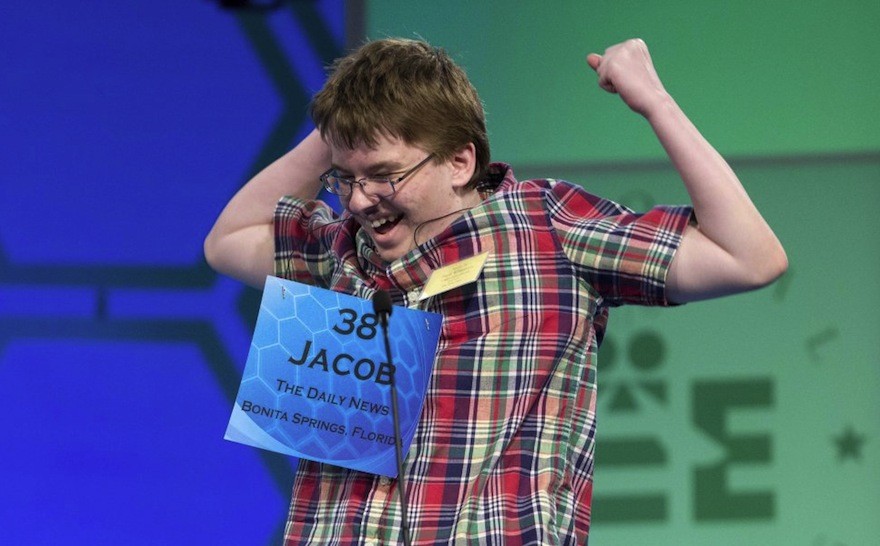 The Scripps National Spelling Bee, a.k.a. the spelling bee of spelling bees, ended in a two-way tie yesterday, with the winning lads both misspelling some ridiculously obscure words: “corpsbruder” (a comrade) and “antegropelos” (waterproof leggings) respectively. However, they did manage to correctly recite each letter of “stichomythia” (a type of dialogue in Greek plays) and “feuilleton” (a section of the newspaper devoted to fiction) in the final round—words I couldn’t even begin to mangle. This made me realize that spelling bees are the professional esports of word usage: we all play games, and we all use words, but 99.9999 percent would fail miserably on this stage.

Case in point, the good people at Deadspin wondered if spelling bee winning words have always been so damn obscure. This resulted in a whole bunch of number-crunching geekery, and turns out: no they haven’t. In fact, they found that 11 of top 15 most arcane winning words have come since 1995, even though the contest dates back to the 20s.

The list they produced includes impossibly rare words such as “elucubrate,” “prospicience,” “cymotrichous,” and “guetapens,” none of which even show up in my computer’s dictionary. So there you have it: spelling bees are pretty much the ultimate pedantic exercise for kids.

But at least they give us epic fails like this: