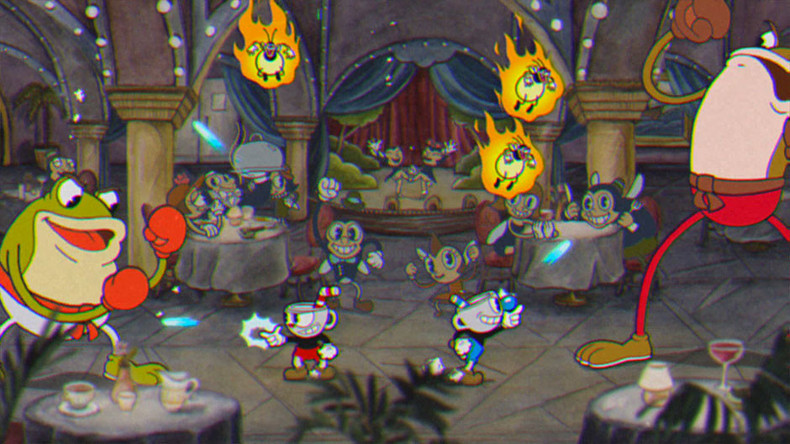 The fine folks behind Cuphead have their own E3 announcement and it’s a doozy—their 1930s-animation-inspired game will have platforming elements.

That may not seem like a lot, but before now, Cuphead had been touted exclusively as a boss-rush game. One-on-one battles against large enemies that didn’t give you a break were showcased, including fights against a large pirate named Captain Silver, and an angry carrot. It did a brill job of combining the golden age of Disney with confined run-and-gun challenges.

you jazzily shoot down mushrooms with finger pistols

However, as said, at E3 this year, on show is a new element to the gorgeously handcrafted animation that they’ve been working on—vibrant and hectic platforming. Watch carefully as you jazzily shoot down mushrooms with finger pistols before the game’s announcer gives you an excited “Bravo.” You can watch four minutes of multiplayer, couch co-op, platforming action below, as well as the aforementioned boss fight against an enraged carrot.


The game has a real emphasis on authenticity to the 1930s aesthetic, and the game feels like it was crafted with the same techniques and tools used in that time period. Attack animations are comical poofs of smoke, characters move in exaggerated and floppy manners like older cartoons, and brass instruments ring out in a jazzy jaunt. If you couldn’t tell already, we are very, very into this game.