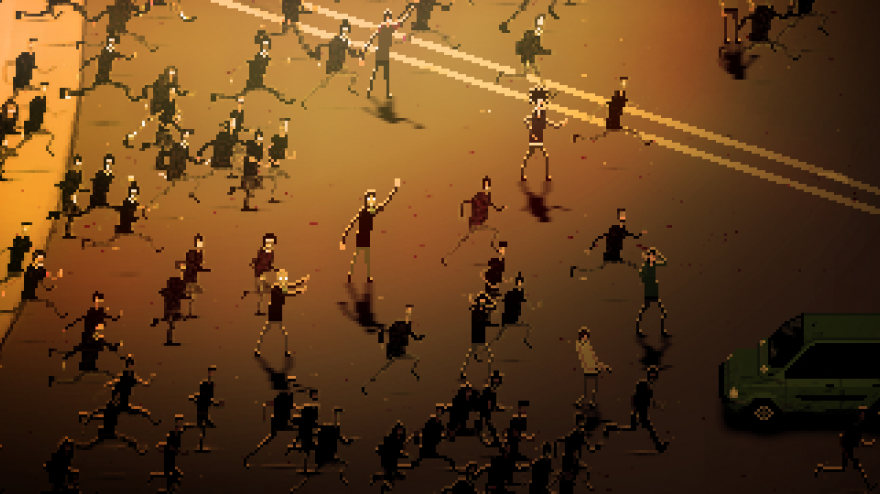 In 2011, Time Magazine awarded “The Protester” their “Person of the Year” award stating, “All over the world, the protesters of 2011 share a belief that their countries’ political systems and economies have grown dysfunctional and corrupt.” Lost in translations is the human element behind the groups fighting for their freedom. What does it feel like to ignite a riot or be asked to suppress it?

We asked Leonard Menchiari who experienced riots firsthand and used his personal adventures to develop his simulator, the aply-named Riot.

The game allows the player to play both sides of a riot where, as Menchiari explains it, “there is no such thing as victory or defeat.” Still in development, Menchiari and his team plan to travel to Italy, Greece, and Egypt to document live riots where, to avoid bias, only footage and dialogue captured by them will be used in-game.

Kill Screen: It’s mentioned that Riot was inspired by your own experience participating in riots. At what moment did this strike you as a good idea to make a game about it?

Leonard Menchiari: The idea didn’t come all at once. I slowly started to get into it and the more I did the more the project started to unfold by itself.

Why did you choose videogames as your medium? Are you a game designer by trade?

I didn’t choose videogames as my medium, I usually worked in the film business and I decided to go make a game about this just because I felt it would be a better medium to express this concept. My latest short was Half-Life Singularity Collapse.

Was it difficult to create gameplay around both rioters and cops? How does the game balance empathy for both sides?

It’s definitely not easy, and we’re still improving that. The gameplay is focused on controlling the mass rather than the single individual. Our objective is to replicate the feel of a riot as much as possible so that we can focus on the importance and the power of the crowd.

What do you want players to get out of your game?

I don’t want to tell them anything specific, I just want to show an objective point of view of several situations going on around the world. So far it seems like it’s going to be a lot of fun and that it might push people to investigate on certain episodes that really happened and that the media never told us. Of course it’s going to be very open, hopefully for every kind of player.