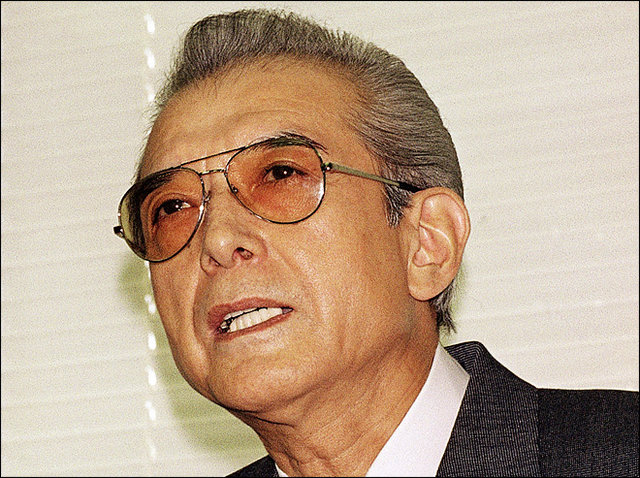 Hiroshi Yamauchi was a man that inspired legends. They say he could stop time by staring at his watch and scowling. They say he crushed a stone into dust with his bare hands because his wife ran out of foundation. They say his eyes roiled like the gastric juice of a hungry lion.

Hiroshi Yamauchi was a man that inspired legends.

All we have left now are the stories. On Thursday, Nintendo announced Yamauchi, former president of the company and, by proxy, steward of the modern videogame industry, had passed away at the age of 85. Given the tales told of his life, marked by absolute stubbornness and an iron-clad will, I half-expect him to return. That he helped build a company so devoted to creating lasting characters is a happy accident; before Mario, before Link, there was Yamauchi.

In 1949, he took over as president of Nintendo. He was 21. He was only the third president, his great-grandfather having founded Nintendo Koppai in 1889. In 2002 Yamauchi would hand the reins to Satoru Iwata, the fourth leader of a company in existence for one and a quarter centuries.

Yamauchi was the linchpin. He carried with him a knowledge of Nintendo’s origin and the blueprints of its evolution into an iconic company and formidable business. Under his control Nintendo expanded and then contracted, a single heartbeat spanning over fifty years. When he took over for an ailing grandfather, the company sold playing cards to backroom gamblers. Fearing irrelevancy, Yamauchi’s Nintendo tested the waters beyond cards; they sold instant rice, ran a taxi service, even operated a string of “love hotels.” All failed.

When he took over for an ailing grandfather, the company sold playing cards to backroom gamblers.

But these ventures all had one thing in common. Yamauchi must have understood this single thread woven throughout their wares, for they all alleviated the same fear: That there’s never enough time. His company’s fortunes and future status would be built on answering this fear in another way. Nintendo games make us forget the hours. They delight us into a kind of timeless reverie, where age evaporates and for a moment we’re all young once more.

The feeling is ephemeral, not a medicinal salve but a temporary reprieve from the unseen battles being lost inside our bodies. Were these games truly magic, Yamauchi would not have benefited from his own company’s sorcery; he barely played videogames himself, preferring the strategy of Go, an ancient Chinese boardgame from which Atari took its name. If he wasn’t an openly joyful man, he exhibited a preternatural ability to predict it in others.

Yamauchi’s instincts tapped into something hidden, just below the surface. He okayed projects and games based on feel; instead of playing them he would watch others. This intuition guided Nintendo from the rice paddies of Kyoto into hundreds of millions of homes across the globe.

He okayed projects and games based on feel; instead of playing them he would watch others.

When they took their fledgling videogame business and brought it to America in 1981, they did so with an arcade game designed by a young artist named Shigeru Miyamoto. The hot games of the day were dominated by laser cannons and spaceships, explosions and alien warfare. This new game featured a hammer-wielding mustachioed man leaping over barrels. The name sounded like a juvenile slur. American distributors snickered, shaking their heads at what would surely sink this Japanese company and the old, confused man at its helm.

Donkey Kong exploded in popularity. With the profits Nintendo would develop their own home console, the Famicom, and later (with American investors again scratching their heads) bring it overseas as the Nintendo Entertainment System. Yamauchi’s decision sowed the seeds for what would reinvigorate a dying market, leading to today’s expansive gaming culture. Even after his retirement thirty years later, Nintendo’s success with the Wii and DS can be traced to these same counter-intuitive instincts. Yamauchi, and the company created by his great-grandfather, saw things differently.

Those steely eyes have closed. Time finally ran out, as it does. But those affected by his ever-willful presence remain behind, whispering stories of a man truly known by few, but whose efforts birthed a generation of play. May the legends grow.