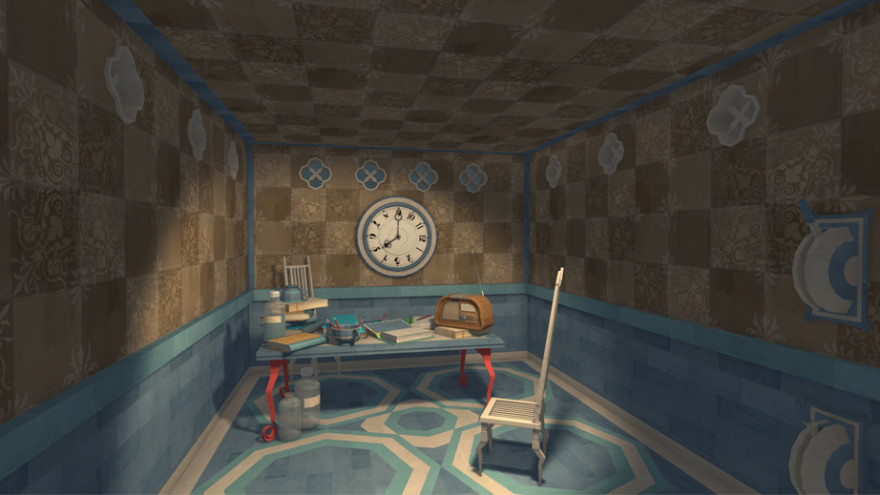 How do you represent the fracture of a narrative, whether in a person, a memory, or a cultural identity? All mediums approach fracture using their own language: films can disorient with simple jump cuts, while the abrupt switch in a novel’s P.O.V presents an entirely different type of rupture.

In Rituals, an alpha demo of a larger project entitled Somewhere, fracture is embedded in the game’s main stealth mechanic. To progress, players sneak behind characters and inhabit one after the other, so that “as you navigate [these] identities, you realize that each person you become is a figment of another character’s imagination and a part of yet another story.”

The concept capitalizes on the language of fracture particular to games.

Set in an alternate reality post-colonial India, the story follows a search for the mythical city of Kayamgadh. According to the game’s lore: “People of Kayamgadh do not speak. They are afraid that their words might penetrate the layers under which their bodies are hidden. Afraid that some phrase or name might, through woolen caps and cotton plugs and balled bits of torn rags, enter their buried ears and insert itself in their thoughts, prompting them to think of Kayamgadh not as they see it but as it is being described to them by the person speaking these words.”

As a comment on post-colonial nationalism, Rituals reveals that fictions construct the reality around us, while its mechanics show that other people’s fictions can infect one’s own sense of self. Hopping from character to character functions as more than just disorientation. The player is constantly aware of his intrusion as he invades each body, leaving behind a pervasive and disturbing sense of alienation. The concept capitalizes on the language of fracture particular to games. A language that speaks so readily to the occupation of identities, and fragmentation of narrative.

The surreal premise is also mirrored by the player’s relationship to space. The main areas in the demo repeat in a winding loop, with branching doors and corridors creating paradoxes as convoluted as the conflicted narratives. Rituals also plays with media’s role as a construct of reality, by allowing players to open up pictures in their inventory and simply zoom in until they’re physically at the depicted location.

The demo is free to download and available for both Mac and PC. Fictions, a standalone that came out earlier this year as another exploratory pre-alpha of Somewhere, can also be downloaded here. The two-man independent studio Oleomingus also successfully funded a kickstarter for another game, Oxygen, back in April.