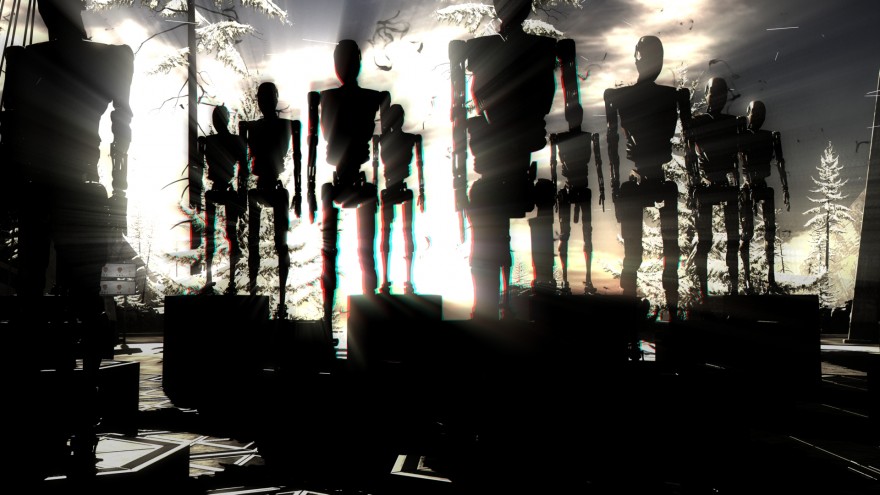 In the late second or early third century, the Christian theologian Tertullian wrote the following rhetorical question in a book advising how to deal with heretics: “What indeed does Athens have to do with Jerusalem?” By this, he meant, “What does philosophy have to do with divine revelation?” or, “What does the reasoning of the stoics or platonists have to do with Christianity?” His answer was a resounding “absolutely nothing,” but it nevertheless remains a question that has occupied thinkers from Thomas Aquinas to modern critics, and has been addressed in books like The Incoherence of the Philosophers by Al-Ghazali and The Incoherence of the Incoherence by Ibn Rushd. In late 2014, The Talos Principle weighed in on this millennia-old debate by presenting faith and reason as narrative parallels; its expansion, named Road to Gehenna, asks, “What does Jerusalem have to do with Reddit?”

Were you to view the Bible in a purely literary manner, Road to Gehenna is the New Testament to The Talos Principle’s Old Testament in almost every way: it elaborates on the same ideas and offers new phrasings or interpretations. Instead of a robot named Talos, you play as a robotic angel named Uriel. The same kinds of puzzles are present, though their scope and difficulty have been increased in interesting ways: some are massive, sprawling affairs while others are frustratingly minimalistic. The scenic backdrops use the same textures—Greco-Roman, Egyptian, and Medieval ruins—but the expansion’s levels are sublimely massive in size and presentation. Similarly, Road to Gehenna’s story is an elaboration on The Talos Principle’s shaggy god story even as it represents an exploration into new waters. In short, whatever was appealing about the original’s gameplay or thoughtfulness is accentuated in this expansion.

But the videogame’s real draw is in the way it builds on the core experience. The story has Uriel undergo his own Harrowing of Hell only to find that the intelligences imprisoned by Elohim for their disobedience have made their own little ideal community through an online message board, complete with terms borrowed from Reddit (“downvoted” and “shadowbanned”). These damned souls have eked out of Hell a little bit of Heaven, finding community and companionship through a long-distance textual relationship. But quoth Hamlet: “there is nothing either good or bad, but thinking makes it so. To me it is a prison.” Trapped in their own little cells, all these souls do is create text-based videogames, research the past, share ideas, and shoot the shit through the ubiquitous computer terminals within each prison—until you solve their accompanying puzzle and free them.

Again, Road to Gehenna follows in The Talos Principle’s footsteps: just as the player communicated with the dead in the original, the expansion has her communicate with the living as she tries to break down the doors of their secular, compartmentalized life. Likely, the player will spend some time on this message board, reading the various responses to different text games or musings upon cats, or even asking questions about the other AIs’ origins. But the strength of Gehenna, as with its original, lies in the way it uses its analogies: the lives of these damned souls are not so different from our own. There are online trolls, gnomic artistes, silly jokes, and terrible fiction. In essence, the videogame invokes the mundane pleasure of online interaction, and then asks how we would feel if we knew that world was to disappear; in essence, it is a story about the rapture.

Understood in this light, the message board becomes the emotional heart of the game as you engage, in a scripted fashion, with the various personalities that populate Gehenna: Orc is a belligerent moderator, MrMulcifer is an erudite researcher, while FrankEnstein wishes people would spell his name correctly. Though these names are analogous to the handles that we all use online, here they are the sum total of their identity: trapped in various cages, this digital world in a digital world is all the inhabitants of Gehenna know. They have tried to build a Heaven in Hell’s despite, but it remains a shallow, two-dimensional world. It has its own small moments of beauty in the games or discussions that creep up on a player, and which illustrate the appeal of an online existence. But when contrasted with the landscapes Uriel is free to move throughout it can only be seen as a diminished one. Into this digital life, the player comes to fulfill the promise of St. Paul: “For now we see through a glass, darkly; but then face to face.”

Of course, all of this fragile and heartfelt drama can be safely ignored in favor of the game’s puzzles. There are plenty of blocks and fans and jammers and lasers and unique combinations thereof to keep you occupied—though if the game does have a flaw, it lies in the lack of a connection between these puzzles and the other elements of the game. The Talos Principle made obliquely clear the links between the narrative, its themes, its ambitions, and its puzzles; in Road to Gehenna, these puzzles are merely extensions of the original work. There are no new mechanics or tools, only complex iterations of a previous pattern. The only way this relationship works at all is by leaning on the core game—which, for an expansion pack, is to be expected and forgiven.

But if you are only interested in the puzzles, then you will only enjoy half the game. At its heart, Road to Gehenna carries forward both the original game’s thoughtful examination of how we interact with the world and its engaging brainteasers. But it is saved from becoming more of the same by examining how we interact with the world now, and how that world’s end might be understood. Its appropriation of religious tradition does not argue for a religious viewpoint; instead, the videogame uses the lens of faith to ask how we would approach the end of the world. Again, Road to Gehenna works through analogy: what does Jerusalem have to do with Reddit? Jerusalem is the metaphor for the real world we enter when we must leave behind a rich and lonely online one.