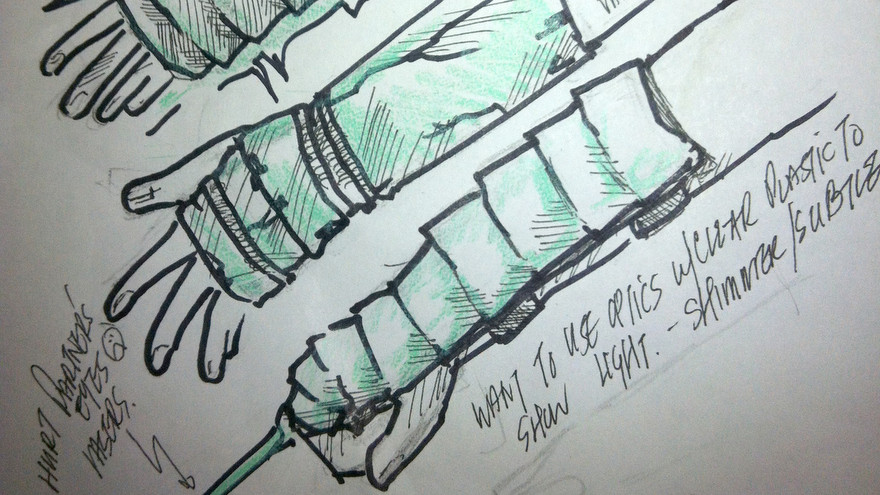 The university’s buildings and atmosphere maintain a certain practical, quiet confidence. A geometric quadrangle lined with cherry blossoms acts as a center to blocks of research facilities, classrooms and lecture halls. However, one step into the Game Innovation Lab, and it’s clear this is a place where creativity reigns. Video games seem to inhabit nearly every inch of space from stacks of consoles, vintage cartridges and controllers alongside comics, whiteboards and plenty of gutted, hacked and rebuilt electronics. However the mission of the lab extends far beyond points, bonuses and Game Over. Abe spoke with us about how the dedicated team of researchers, designers, programmers and artists are pushing the limits of games and their application for learning and socializing.

“I want people to think about how they play digital games,” Abe says. “It doesn’t have to be a keyboard and mouse, console or traditional game controller that has a limited number of buttons.” With this concept in mind, a background in fashion and early integration of technology into clothing, Abe is changing the nature of gaming through custom controllers that are often worn by participants. Far from a solitary experience, Abe’s games are purely social if not performances in their own right, often finding an audience in a gallery or festival.

Her project “The Lightning Bug Game” sees a team of two, working together with complimentary yet different skills and roles. One player wears a laser-shooting glove, outfitted with 3D-printed spikes, while their teammate dons a power-pack backpack that calls to mind the Ghostbusters’ proton packs. Enemies are projected on a dome-like screen and players must work cooperatively to be successful. “Giving them different roles in the experience is important because then they can depend on each other to get through the experience, instead of having two of the same type of characters,” Abe explains. The game ties in wearable technology and also adds the layer of costume as a storytelling mechanism and to further immerse players in the experience. Sensors in the controllers detect player movement and in order to power-up, players must hold hands. “It’s kind of a shooting game about holding hands,” Abe laughs.

Designing and developing custom controllers is no easy task, after all, there’s a reason the video game market is so homogeneously dominated by consoles. For Abe, part of the problem lies in the limits of technology. “When I design a game I think about the main interaction that I want between people, and between the people and the technology—then I create the technology around it.” This open-ended approach doesn’t always lead to a direct result and Abe has plenty of discarded microprocessors to prove it. However, this design challenge is often what leads to the most inventive, interactive controllers and ultimately the most enriching experience. “In order to bring people face-to-face—and thinking about what goes on between them in the game experience—it requires a lot of exploration,” Abe adds.

Still, it’s this open-endedness around custom controllers and wearables that holds Abe and so many like-minded innovators pushing the boundaries of gaming. The educational, emotional and interactive potential of gaming as we know it is yet to be realized under the current console paradigm. “When you play with other people in a physical environment, the number of things that you can do is way beyond the number of buttons that you have as options,” Abe says, examining an early prototype for an upcoming driving game. “The type of interactions you can have with other people with these games, there’s an infinite number of things you can do.”

For a look at more of Abe’s inventive custom-controlled games, check out her portfolio online. Be sure to check out Abe’s appearance at Kill Screen‘s upcoming Two5six. CH is a proud media partner for the conference—held 16 May—which aims to serve as a bridge “to bring games to culture and culture to games,” as founder Jamin Warren aptly describes.

This post was originally written by Hans Aschim for Cool Hunting.