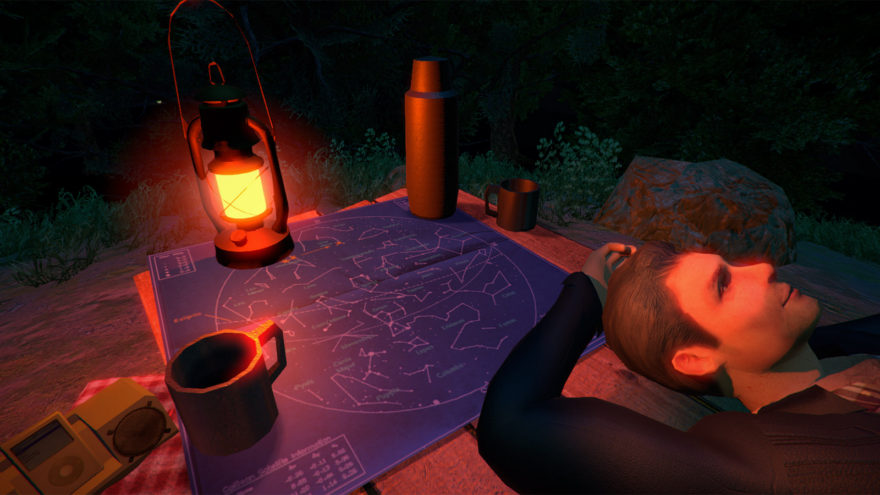 No Stars, Only Constellations, a new videogame by Robert Yang, with music by Liz Ryerson, was made as part of the Fermi Paradox Jam. Initially called Polaris (a Half-Life 2: Episode Two mod released in 2009), this standalone remake has players on a date with a dude who’s really into stargazing. An old Renaissance star chart is overlaid with the night’s sky, and the narrative moves forward as players glance towards certain constellations as your date speaks of them.

Estimates say there could be 400 billion stars in the Milky Way galaxy alone, and an incredible number more in the wider universe. There are 500 billion billion sun-like stars, of which scientists say one percent could have Earth-like planets in their orbit. And there are more restrictions to consider beyond those. Ultimately, many believe that the sheer number of stars makes the probability of life very high.

“We always project our own ideas on people”

Still, we’ve yet to prove life on other planets. That’s where the Fermi paradox comes in. If life exists outside of Earth, why haven’t we been contacted yet? And why does it matter, anyway? “You can’t use science to justify why,” Yang told Kill Screen. “Instead, you have to appeal to a fantasy of aliens or space colonies. These are imaginary stories about space, much like constellations.”

“I took an astronomy class in college,” Yang said. “I thought learning about space was going to be really interesting, but I was surprised by how boring it was.” Yang is more interested in the idea of space, rather than space itself. Much of the game’s influence came from this idea, and its similarity toward people’s tendency to fall in love with the idea of a person; “It’s impossible to reach some sort of ‘pure person’—we always project our own ideas on people,” Yang added.

Greek pillars rise during the middle of No Stars, Only Constellations. The pillars move slowly—”below most players’ thresholds for noticing movement,” Yang said—as a way to invoke the history of Ancient Greek mythology; “the slow kind of old magic” that comes with studying space, Yang wrote in a post. The Greek columns add another element that quietly demands attention from the player. Yang is asking the question of what deserves to be noticed; what’s important enough to pay attention to?

“Civilizations have been telling stories about the sky for thousands of years, and maybe the Fermi Paradox is just the newest type of constellation,” Yang said, “the latest useful idea to help us decide which stars to notice and which to ignore.”

Play No Stars, Only Constellations on itch.io. More on Robert Yang’s work can be found on his website.