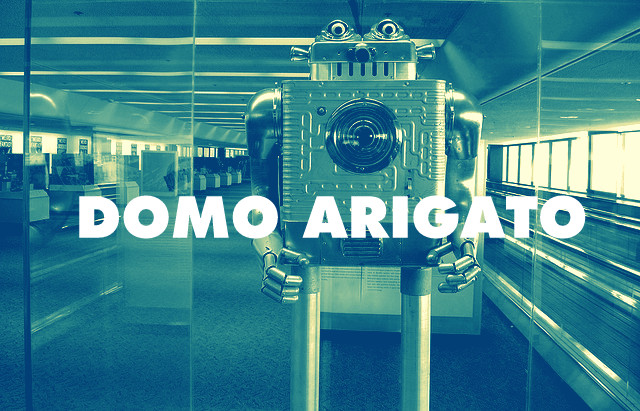 It’s one of the most common sci-fi – and video game – tropes: the fear of a hostile robot takeover. The terror that humanity’s breakneck technological race to create better machines will result in the creation of a master race that’s bigger, better, stronger, and much, much smarter than we are. It was the very plot of The Matrix and The Terminator series, the theme of Battlestar Galactia, the underlying drama of I, Robot, and the narrative domain of such seminal games as System Shock 2, Portal, and the recent Binary Domain.

This terror has found its way out of geek media, to the realm of the mainstream.

A recent New York Times piece counted the many ways robot terror has afflicted the public consciousness as of late.

Robots have once again gripped the nation’s imagination, stoking fears of displaced jobs and perhaps even a displaced human race. An alarmist segment on “60 Minutes” was only the most vivid of a recent series of pieces in respected magazines and newsoutlets warning about widespread worker displacement. Professors at Cambridge University and a co-founder of Skype are creating a new Center for the Study of Existential Risk, which would research a “Terminator”-like scenario in which supercomputers rise up and destroy their human overlords, presumably plotting the whole caper in zeros and ones.

In New York alone, there are four plays running this month with themes of cybernetics run amok. One is a revival of “R.U.R.,” a 1920 Czech play that was the granddaddy of the cybernetic revolt genre and that originated the current meaning of the word “robot.”

Fascinatingly, the unease seems to be stoked by unemployment, not a fear that we will be subject to Terminator-style warfare and extermination. Obviously, one of those tends to be the domain of gaming, the other, the (increasingly) real world. Even this frame would make for a fascinating game – imagine how a fear of losing one’s job (to better tech, to AI, to a superhuman robot, etc.) could be dramatized by gameplay.