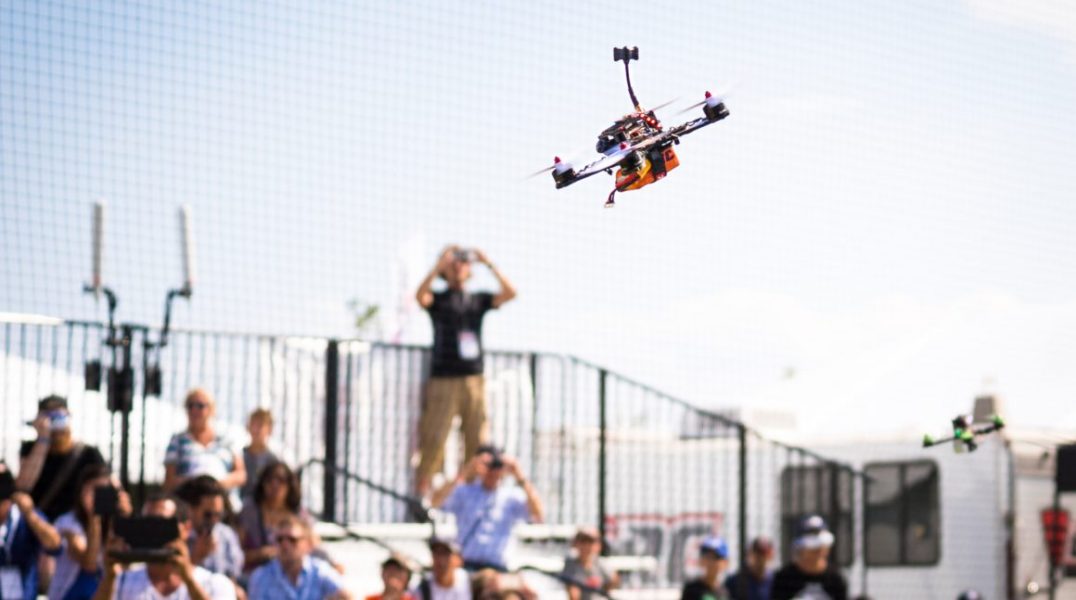 From cage matches to laser tag, artificially intelligent machines are opening a new world of sports competition. The finale of the Syfy Channel’s 2013 Robot Combat League was one for the history books. Never before had competitive sports fans witnessed one-ton robots, towering eight-foot high, face off in a mechanical death match.

The two competitors, Crash and Steampunk, banged chests as sparks and smoke filled the arena. Just outside the ring, each robot was controlled by a team consisting of a robo-jockey wearing an exosuit that controls the robot’s arms while the robo-tech controls the legs using a joystick.

Four rounds into the battle, it wasn’t looking good for the racecar-themed Crash. His left hand dangled by a thread, useless. Suddenly, a shower of sparks flew and Crash’s right hand went flying off. “Crash has no hands!” screamed announcer Chris Jericho as the crowd roared.


During the 20-minute repair break ahead of the final round, the Shinsels, a father-daughter duo operating Crash, rushed to pull their battered robot back into fighting shape. Crash entered the fourth and final round flailing broken fists connected to limp arms, trying to strike down hampered Steampunk, which could barely turn its torso. That final round was a stalemate, but Crash and the Shinsels won the match by a score of 30-27. The two-hour fight “was a crazy mix between elation and exhaustion, filled with constant adrenaline,” said Dave Shinsel, a veteran software engineer at Intel who has built robots in his spare time for the past 15 years.

Currently, he’s working on a humanoid robot with advanced object recognition and manipulation skills. Although engineers like Shinsel have been working on artificial intelligence (AI) and machine learning projects for many years, Syfy’s league showed the enormous potential for live robot competitions. That potential has manifested around the world in a variety of ways, including flying robot competitions otherwise known as drone races.


In March, Dubai’s recent World Drone Prix brought together some of the best drone pilots from across the globe. In June, the Robocup hosted soccer and rescue competitions for humanoid robots. Roborace, a global competition of intelligence and technology, fuses robotics with motorsports. According to PC World, 10 teams, each with two cars, will compete in a series of one-hour races during this year’s Formula E championship season. All teams will have the same driverless cars, but each team will use their own AI to control them. Dubbed the “battle of algorithms,” driverless Roborace cars are expected to hit speeds of 186 mph.

ViZDoom is a competition between AI bots battling it out in Doom. The machine visual learning project pits teams, including one from Intel, and each creates AI code that can react to on-screen action. After a few months, the bots, also called agents, will compete in a world title death match.

Despite the important role the technology plays in these competitions, AI experts like Shinsel believe that human ingenuity is what’s really on display. He was as interested in the human builders and controllers on Robot Combat League as he was in watching the robots battle it out in the ring.

Whether in Robot Combat League or the decades-old franchise Battlebots, humans have fantasized about putting man-made creations in the ring to tear each other to pieces. Today, Shinsel explained, autonomous sports like Robocup and Roborace may attract a narrow audience interested in the subtleties of superbly engineered machines, but the future of mainstream robot sports rests in the hands of talented human innovators working alongside their mechanical partners.

Looking into the future, Ron Evans, an Intel Software Innovator from the Hybrid Group who frequently partners with robot engineers, envisions a future for machine sports with much less mechanical carnage. “Our need for destruction is being imposed upon these robots,” he said. “It’s a little bit of machismo, and I think a little related to our fear of robots annihilating us.”

From Evans’ perspective, the more productive and viable way forward for robot sports lies in fostering positive relationships between man and machine. Admitting to his own aggressive impulses, however, Evans set out to make a friendlier alternative: robot laser tag.

Evans’ IR Canon prototype is a low-energy Bluetooth setup consisting of cheap Sphero hardware, open-source software, PS3 controllers and rubber bands. It can be used for remote tank wars and aerial dog fights — all without harming any mechanical warriors.

Evans argues that robot deathmatches like Robot Combat League can obfuscate an essential underlying factor of sports and computer engineering: teamwork. “Robot wars were the first step,” he said. “Now I think you’ll see much more complex interactions between human competitors and their machines. Like Formula One Racing, man and machine must work together to achieve a difficult task.”

Viewing robot sports as a partnership rather than a cockfight also invites more diverse human talent, according to Evans. “With things like LEGO First Robotics, you see a bifurcation of software and hardware people, the engineer and the pilot alongside each other, like Scotty and Kirk in Star Trek,” he said, adding that robot sport competitions pose “a tremendous opportunity for different types of people to work together.” While top-of-the-line hardware and software brings new capabilities, Evans emphasized the importance of open-source technologies, which allows makers to innovate in a way that furthers competition.

Open-source makes these kinds of competitions available to more people, and using standardized hardware and software can help robot sports move faster into the mainstream, according to Evans. Imagine, for example, if everyone had to whittle their own bat to play baseball. It not only deters newcomers, but creates opportunities for unfair advantages and cheating. Using open-source hardware and software instead, Evans said, “ensures people are on a level playing field, so that it becomes about the talents of the designers, engineers, pilots and drivers.Then it becomes a competition.”

As more kids grow up learning to code and build their own AI-powered machines, robot sports competitions could soon rival the big leagues like the NFL, FIFA and NBA.