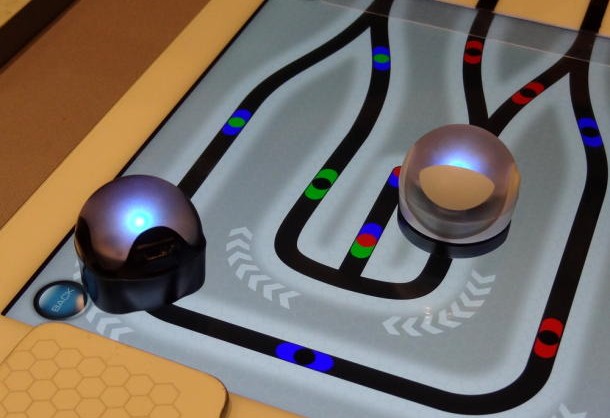 Robots are regulars of CES, but one little robot, Ozobot, is making a buzz for itself as a the “first multi-surface smartbot”—in other words, it is a semi-autonomous gaming device that works on digital and physical surfaces.

On the most basic level, Ozobot is a robot that follows lines. It can follow lines drawn on an iPad just as easily as lines drawn with marker on a piece of paper. The robot has sensors underneath it which allows it to stay on the track and also read different colors, which then command it to do things such as stop, speed up or spin around. With its semi-autonomous intelligence and these commands on hand, the gaming potential is multitudinous. Currently, the device comes with four games included, such as a OzoRace, a game that asks users to draw customs tracks for their bots to independently race o,n and OzoMaze, which, as the name suggests, involves guiding your bot through a maze.

A Kickstarter campaign is planned for later in January, with a goal of $100,000. The Ozobot will retail for $60 and is set to be on the market this June.

This post was originally written by Daniela Walker for PSFK.