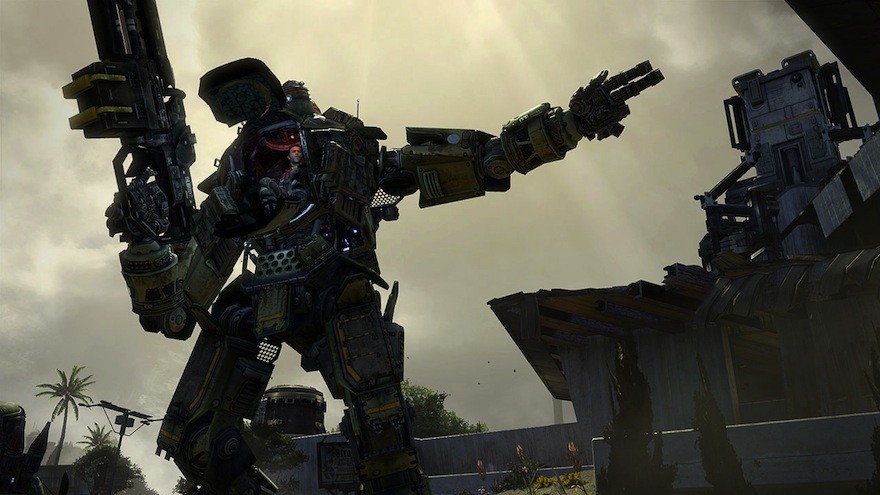 Yesterday, Respawn blew the lid off Titanfall, and the net is currently drowning in footage of man-versus-machine death matches, as is wont to happen. Also, we learned a few things about game resolution and battle modes. Importantly, there will be mecha-on-mecha action. But mostly we got to see things in action that we already knew about, such as the fact that you’re able to jump on a Titan’s back and wrangle it into submission.

This is what the game’s designers and everyone else are calling “rodeoing.” As you can see in the video from the instructive “Gator” below, it looks like a mechanical bull ride capped off with gun violence. It sounds like an important strategy to have for leveling the playing field between puny humans and big swaggering metal walkers. It’s a little weird for foot soldiers to be cowboying mechas, a Japanese sci-fi anime mainstay, but that could be the entire point of Titanfall‘s aesthetic choices.