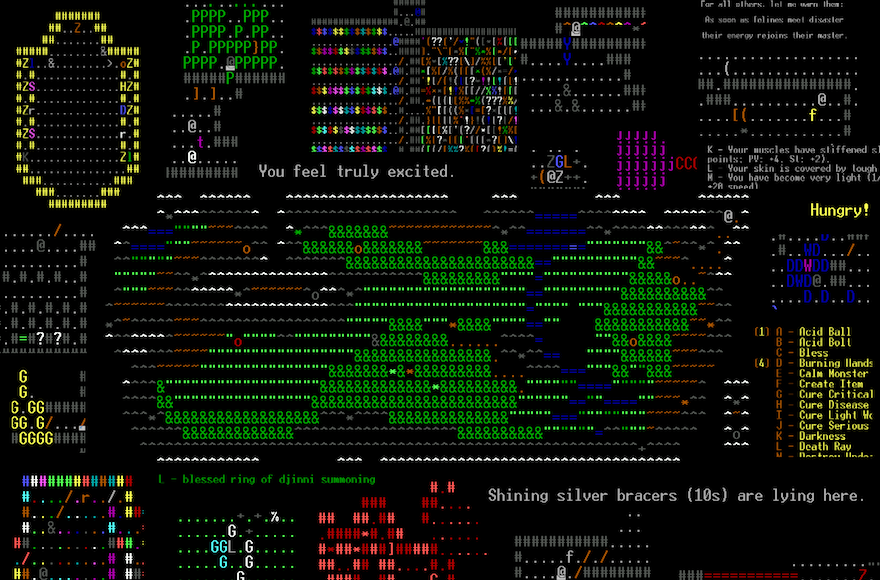 ADOM isn’t only a roguelike—those terse tactical fantasy games of yore that don’t play nice. It’s an institution. It’s been under development for 20 years (including a 9 year hiatus), is considered one of the big 5 (roguelikes, not accounting firms), and after many moons of open development it’s campaigning to bring the gift of dungeon crawling and dying cruel, nasty death to millions on Steam through Greenlight.

But don’t let Ancient Domains Of Mystery’s reputation as a grandfatherly old game from the Stone Age fool you into thinking that it’s unapproachable. At least it has graphics now, so you no longer have to play with arcane symbols of computer code. But you might be compelled to relish that beautiful wondrous ASCII.

Check out the trailer below.