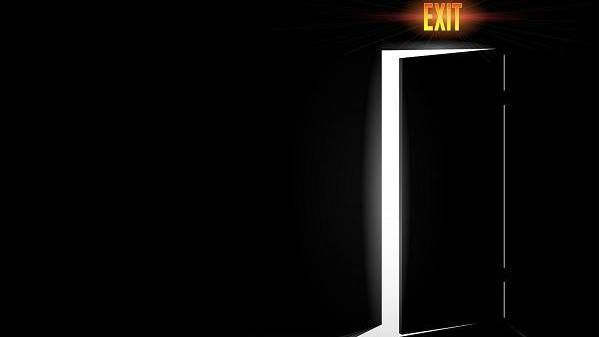 The cluemaster Victor finishes his countdown to 0. Our hour is up. My group, eight of us in total, did not solve all the puzzles. We remain locked in the room. Victor takes off his ringmaster hat. He says we were so close. And then he figuratively peels back the curtain and explains what we missed. We will not die in this room, it turns out; here the cluemaster shows us his grand design and how to defeat it.

This is the experience of Escape the Room NYC an interactive play space created by Victor Blake. A group of up to 10 people are locked up for one hour, trapped in a one-room office in midtown Manhattan. The room is littered with things to solve; some are obvious puzzles and others are subtle clues waiting to be deciphered. If you figure them out, you will be able to get the final key and unlock the room.

The interactive event is styled after the videogame subgenre Room Escape, a type of point-and-click puzzle game where the protagonist finds themselves in a closed room—by kidnapping, cosmic intervention, or whatever—and has to decipher clues, use objects, and solve puzzles to eventually get out. There are many browser-based Flash games of the genre. The most well known example is for iPad though, simply titled The Room, made by Fireproof Games, which is currently free to own and has a recently released sequel for $4.99.

Blake cites Crimson Room from game designer Toshimitsu Takagi specifically as an inspiration. It’s an abstract, browser-based experience, full of arcane clues and abstract solutions. Last summer Blake was living in Japan and playing these sorts of Japanese puzzle-room games, and, when he got back to the states, he decided he wanted to try to do one for real. But he didn’t want to make another Flash game where you are hunting for just the right pixel that will open a hidden panel. “I thought doing it in person would be more fun,” said Blake.

So he put his room together, a variety of puzzles with different methods, flavors, and difficulties. He says the hard part wasn’t coming up with the actual riddles and logic puzzles, but proscribing the flow of the unwritten narrative for players. Blake said, “You want them to go through the same feelings of any normal movie and a way to put it all together that is fun and meaningful.”

He tweaked and tested, finding a balance of challenge and engagement. He didn’t want it to be too easy, a goal at which he succeeded: only about 15 percent of groups have gotten out of the locked room. And with 15 Escape the Room sessions each weekend, from Friday night to Sunday evening, every weekend since November, that means hundreds of people did not make it all the way through. (You can find photo after photo of these groups on the Facebook page.)

He has seen it all: one group got all the way to the last clue in the final minute, but misinterpreted it. One group solved it all in only 49 minutes. There are sessions with 10 friends where the existing group dynamic gets in the way, with only certain members being aggressive and the others holding back. And then there are groups of strangers, breaking up into pairs and tackling different sections of the room. In a session of 9 teenage girls, the tenth member was a younger brother who kept saying the right answers, but was completely ignored.

Regardless of the difficulty of the puzzles and of the overall game, Blake believes that the nature of room escape games means that it remains exciting as you go from one enigma to the next. And each person will feel something by the end. “You walk out and you are exhausted. If you won a puzzle you are elated. If you won the game, you are screaming the primal scream that you won a real-life game,” said Blake.

“If you won the game, you are screaming the primal scream that you won a real-life game.”

This is only a weekend gig for Blake, a break into the fantastic from his financial job. But he hopes to change that, and may finally become a full-time cluemaster by making Escape the Room an even larger experience. Currently, he borrows the office of another company, converting it to his room on the weekend. By necessity, this results in a simpler production. But next week he is moving into a permanent space (as well as a new website). He plans to be running sessions in the new room by the end of the month.

“Think Indiana Jones: you put the right code in and the fireplace turns around. Or you pull the lamp down and the bookshelf opens up,” said Blake. The value of a lasting site will be more than being able to use more complex trickery with more elaborate props. Having a permanent room will allow Blake to take make a more intricate setting, adding some fiction to the beginning and end of the the experience. It means more theatricality, with music and other atmospheric flourishes. And it means more immersiveness, with his role of cluemaster being done remotely, communicating with the players via loudspeaker or a video feed, rather than standing at the edge of the room.

Blake also believes he can make his room a more visceral experience by reducing the number of people playing in a group from ten to six. But he doesn’t want to change it too drastically, saying it will still be fun and smart, but won’t deviate into chaotic maze sequences or even cheap scares. But he does want to keep that sense of mystery found in the original Japanese games. It will still be about using of all your wits to escape a room.

“For a little bit more than a movie, who doesn’t want to be James Bond or Indiana Jones,” said Blake. “To this day, that scene [in Raiders of the Lost Ark] with the amulet and the staff, when the sunlight comes in at just the right time and it beams through the amulet and points to this one exact place, it still gives me chills. Now you can be that, for just one hour. For one hour you can be a hero. When you get that puzzle, you are a hero.”

Some names of subjects of this story have been changed to protect their identities.