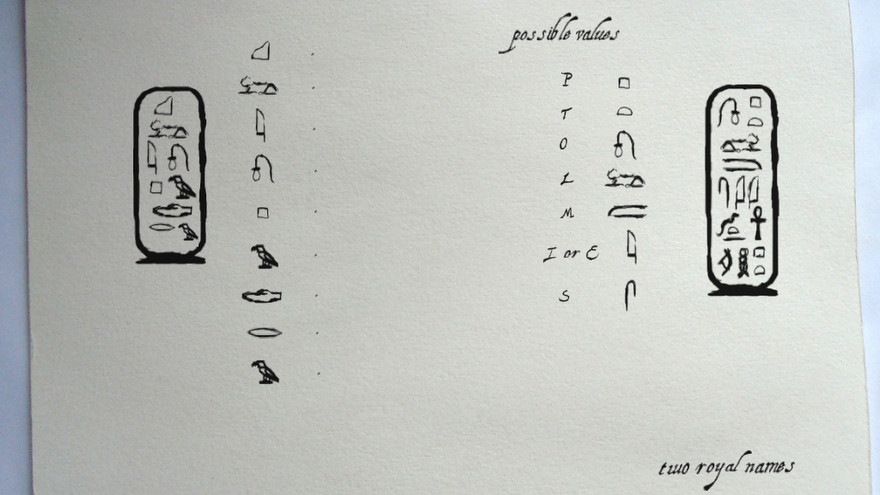 With almost no sound and an unassuming visual presentation, Christiaan Moleman’s Rosetta manages to pique some serious curiosity.

The name Jean-Francois Champollion might mean something to you; it didn’t, to me, until I was in his shoes, trying to piece together a couple of hieroglyphs and some scrawled notes.

In 1822, Champollion was the first person to successfully translate the Rosetta Stone. You can try your hand at it, but don’t expect the game to help. There’s no on-screen popups, no tutorial, and unless you’re a lot more knowledgeable about written Egyptian than I am your first recourse will be a whole lot of clicking.

But the game is short—ten minutes, maybe—and easily replayable. You can brute-force it, and shuffle around all the movable bits until you can progress. It is, however, possible to sort of grasp the relationship between a hieroglyph and an English name, between a symbol and a letter—and at that moment just think that two centuries ago a dude cracked the core of an entire language using these exact same methods.

Games don’t go to the “translating dead languages” well often, so go try this one out.