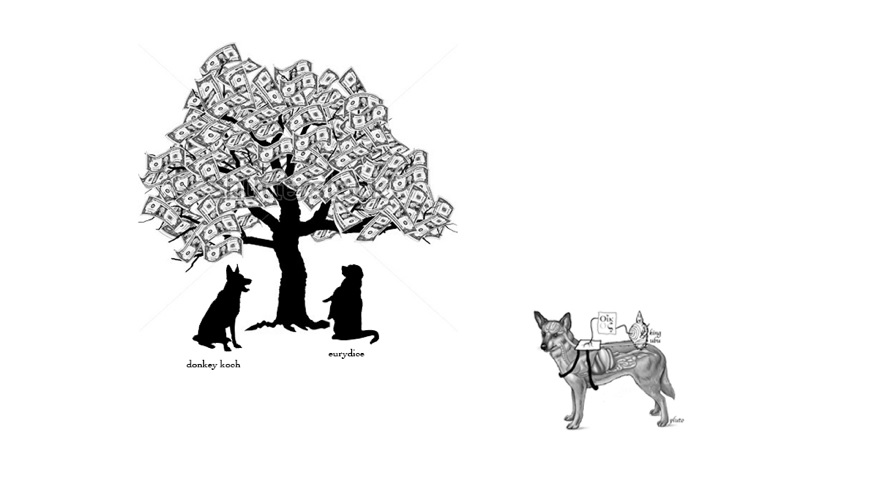 Have you ever been to the dog opera before? Well, you simply must go! If you haven’t, David Kanaga has you covered. Co-creator of Proteus (2013) and Panoramical (2015), Kanaga will be showing off the Oik OS Book during the Fantastic Arcade from September 26-29th in Austin TX. According to the information provided by the Fantastic Arcade website, Kanaga’s game “is a dog opera computer game for Mac OS and Windows. It is the first book of a planned series about getting the household in order.”

an interesting display of four-legged friends

The Fantastic Arcade curates a selection of independent games from upcoming game makers and designers that offer something different and interesting. The event treats games as a medium akin to independent films—so an interactive dog opera won’t be barking up the wrong tree. But what exactly is a dog opera? Kanaga’s website for the project offers a few glimpses: upon entering the site, a wave of sporadic-sounding notes flood the room. Illustrations of dogs and a slow moving GIF featuring what I can only assume is screenshots from the opera are featured as well.

If the cryptic website above is a little too confusing, there’s a video on the Fantastic Arcade website. It’s a serene, minute-long video with a goat and a rabbit perched on the edge of a cliff, enjoying the sunset and gazing across a body of water. The background music is silly but fits the tone. There is a lack of good boys in this preview but one thing is for sure: the Oik OS Book will be an interesting display of four-legged friends.