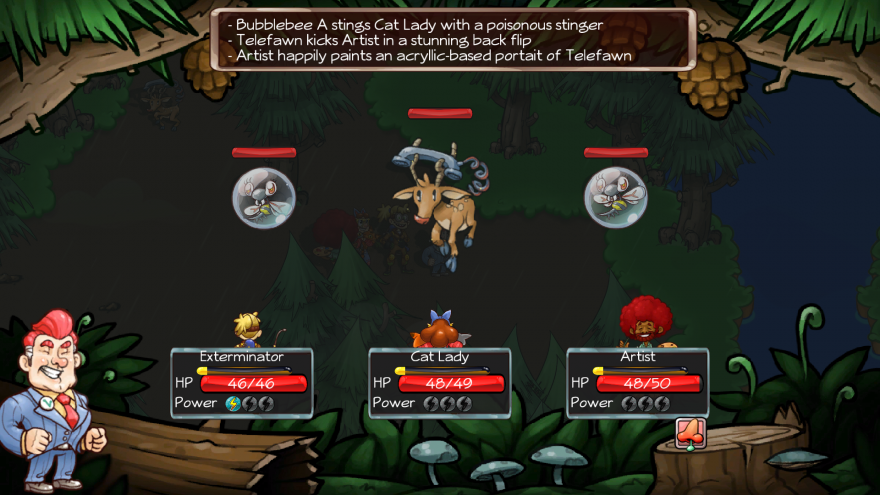 You can get a distinctive whiff of Earthbound-ness in the new trailer for Citizens of Earth, which if you recall is the scent of scratch-and-sniff pizza.

The endearing cult JRPG that bombed on Super Nintendo but lives on on Virtual Console and in the collective heart of the Internet hasn’t seen too many homages, surprisingly. And though the cast of brave tikes taking on an alien invasion with yo-yos and baseball bats has been replaced with a quirky entourage of adults, you can definitely see the influence. The odd messages in the scrolling text during turn-based combat, the weirdos inhabiting the cities, and the delightfully absurd Americana: all Earthbound stuff.

This raises an interesting question. Recently, we’ve seen quite a number of games that are inspired by the classic JRPGs of yore but aren’t Japanese, like Child of Light and Celestian Tales, that beautiful Suikoden-looking game. Do we accept them in the canon, call them JRPG-likes, or just love them for what they are?