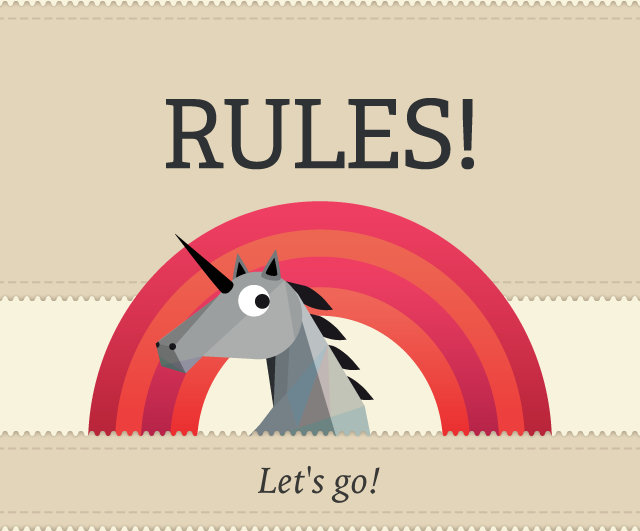 Rules!, as you might expect, is a demanding master. Imagine a game of memory but instead of flipping over cards you’re struggling to act on a growing list of mandates: “tap the numbers in descending order, ok now tap the green ones, wait wait tap the ones with animals now.” These rules pile on one another and need to be enacted in order. The rub is that only the newest rule is actually described, the others are just called something generic like “Rule 2” or “Rule 14.” Almost as if the game itself had already forgotten them.

Although it remembers them well enough to shear off seconds from the countdown every time you make a mistake, bringing you closer to a game over. You can’t remember what Rule 4 was? Clock’s ticking, best hurry up. Accidently touched the wrong tile? Rules! doesn’t have time for errors, there goes a second from the 20 you get. Yet the adorable aesthetic stops the game from feeling malevolent, even when there’s a rather wide-eyed squirrel telling you “FOLLOW THE RULES!” in the intro.

It’s no mistake that Rules! feels like a lighter take on the dystopian Papers, Please. Developer TheCodingMonkeys themselves profess that their game is like “Papers Please, Super Hexagon and Threes! having an unbearably cute baby.” Yes indeed, a demanding and surprisingly verbose baby with little patience, but cute nonetheless.

Rules! is available now for iOS.