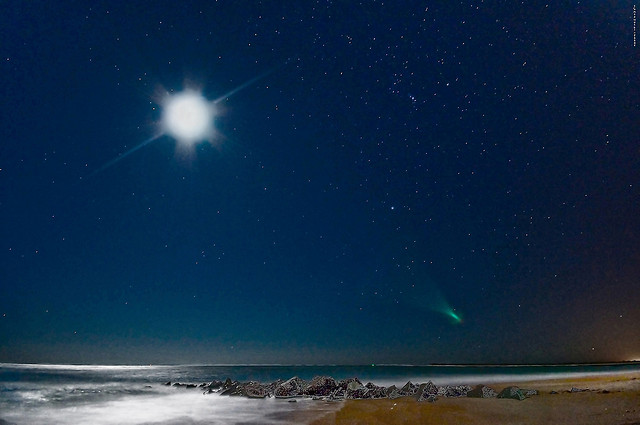 It’s not every day giant space debris hurtles through the atmosphere and crash lands on our soil. But that’s what happened last week, when a meteor the likes of which hasn’t been seen since Michael Bay directed Ben Affleck soared through a Russian sky and blasted the ground near Chelyabinsk with an impact of twenty nukes. And the world, inconceivably, was watching.

That footage exists of this unknown strike at all speaks to the highly-wired state of our daily lives: We are ready and hooked up to communicate the moment we wake up. Russian drivers have a specific reason for pointing a dashboard cam out their windshield: due to a loosey-goosey system of laws and the country’s sheer size, most drivers record their commute in case of an accident, the better to prove their case. Yet this same decision allowed a once-in-a-lifetime, out-of-nowhere intergalactic event to be recorded by happenstance.

Squint and you can see the same kind of domino effect happening with videogames of today and yesteryear.

Writing for Technology Review, John Pavlus considers the role of what he deems ‘unintentional interfaces’:

As Frederik Pohl… remarked, good science fiction predicts the traffic jam, not the automobile. Who would have thought that the perfect system for visually documenting a historic meteor strike would be a nation full of drivers strapping cheap, flash-based webcams to their dashboards as a backstop against rampant legal corruption?

Similarly, the world of electronic entertainment has always been tied up in affairs beyond their initial use. Spacewar!, seen as many to be the first videogame (though Willie Higinbotham’s Tennis for Two would say differently), was devised by MIT students meant to be working on anything but the origin of an entire medium. But through the intersection of technology and human curiousity they struck upon this happy accicent of movable, digitized blips that would seed an industry.

First-person shooters and puzzle games had no bearing on military or scientific behavior. Until they did.

Decades later we see what was made for leisure flip around and be used for real-world, tangible benefit. America’s Army is a recruiting tool built around a modern-looking first-person shooter. Foldit is an online game tasking the player to identify and match parts of a virtual protein compound… but results from the thousands of players actually aid in researchers’ work in analyzing these same compounds, generating years of effort in a fraction of the time and cost.

In a way, the meteor footage from Russian dashboard cars are similar to these efforts. The cameras were there not to record history, but to prevent unlawful litigation. And yet here they are, playing a pivotal role in documenting a global happening. First-person shooters and puzzle games had no bearing on military or scientific behavior. Until they did.

Perhaps a better analogy works in reverse, with the next generation of games coming from a place never intended for games in the first place. The revolution of smartphone and tablets are putting an increasing amount of pressure on dedicated game devices. As Pavlus reminds us:

Arthur C. Clarke famously said that advanced technology may be indistinguishable from magic. But more importantly, it folds into local culture – and back again – in totally unpredictable ways.

Just like Steve Russell’s PDP-1 computer allowed him and his cohorts to devise the first videogame, millions of phones are giving designers the tools to capture and interact with our world like never before. Sometimes you just have to put a tool in someone’s hands (or on their dashboard), wait a bit, and see what happens.