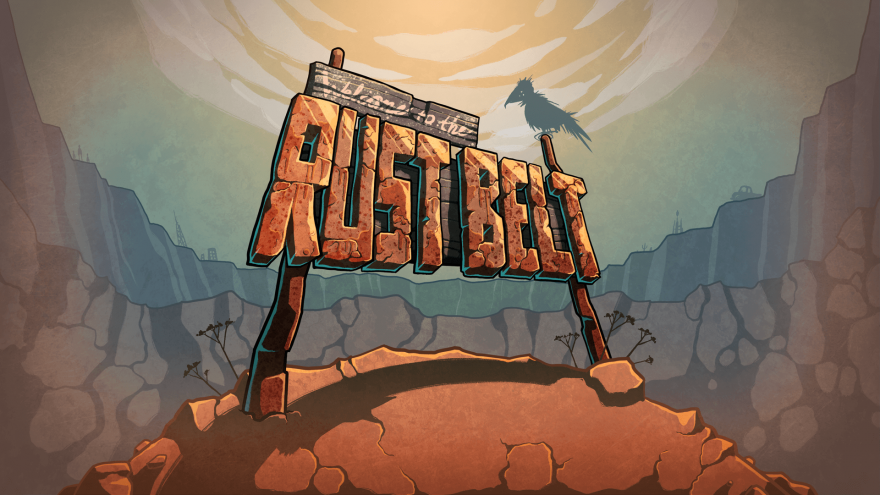 Replace Mad Max’s Fury Road with the post-apocalyptic wasteland of the American Midwest and you might get something like The Rust Belt, a dusty looking truck combat game by Galvanic Games.

The Rust Belt puts you in control of a tow truck driver trying to get by in rural America after pollution has left Earth devoid of nearly every natural resource. While the upper classes have gone off and fled the planet, you’re left to travel through dangerous regions like the Eerie Desert, the Chicago Deadlands, the Detroit Militarized Zone, and the Iron Blighted City of Pittsburgh looking for supplies and building up a town.

Your only means of defense during your travels is the chain of your tow truck, which you can use to hook, throw, and smash things into other things.

According to a blog post on the Galvanic Games website, The Rust Belt’s earliest prototype had you controlling a junk-collecting ship between galaxies, but the creators decided to switch the setting from space to rural America after realizing the ship mechanics felt a lot more like a car. They carried over the title The Rust Belt from the name of an industrialized asteroid field in the original game, Space Junk.

There are tons of space games out there already, and not nearly enough set in rural America (real or fictionalized) so the change of scenery is welcome.

Find out more about The Rust Belt on its website.