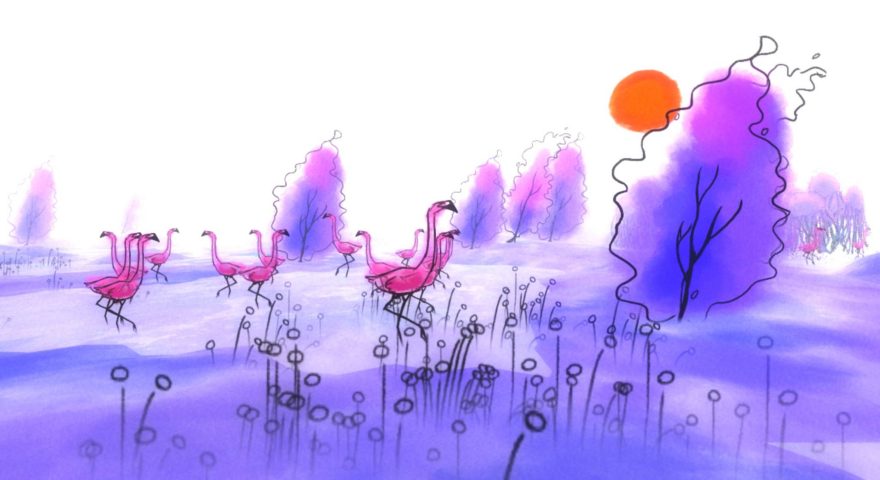 Sacramento is a fleeting memory, a transitory moment for one to enjoy before life resumes its course. Creator Delphine Fourneau—who also goes by the name Dziff—describes the game as ephemeral; it’s the best word I could find to describe it, too.

The scenes in Sacramento are snippets of Fourneau’s own memories of a train journey taken across the United States. She didn’t intend the memories to be literal, however—that’s not what Sacramento is about. Rather, it’s about the “impressions of these ephemeral places that leave you these sweet pictures in the back of your mind,” she said.

In Sacramento, players simply wander—or “drift aimlessly”—through Fourneau’s surreal and dreamlike landscape. Music and sound design from Glass Body helps create the “comfy and calm” atmosphere Fourneau looked to embrace. Nothing is sudden. Despite memories fading in and out as players explore Sacramento, there is no rush to see everything. There’s an emphasis on being present—staying in the moment—while one is able to. A player’s time in Sacramento is not infinite; one moment will not last forever. However, that moment will be around to visit at another time. Eventually, Sacramento will fade back to its opening screen. Ephemeral.

Sacramento has its own meaning for Fourneau, but it’s not a story she exactly wanted players to share. “I rather wanted the player to project [their] own story and memories,” she said. She wants players to impress their own memories of travel on the canvas she’s provided.

Sacramento was released yesterday on itch.io. It’s available on PC and Mac.