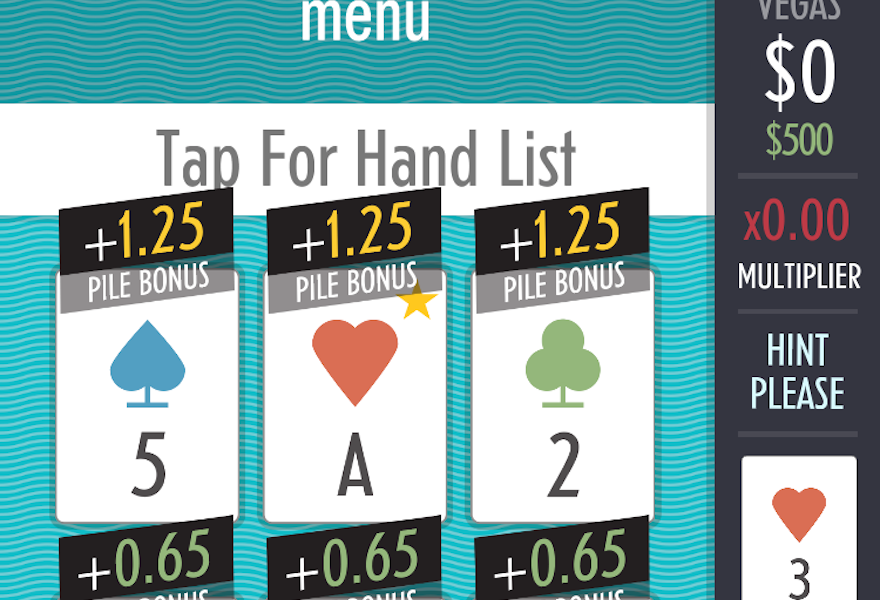 Since Solitaire released with Windows 3.0 way back in 1990, it’s become a staple on the computer screens of bored people the world over. Unfortunately, as screens have become smaller and more pocket-sized, the classic card game has had difficulty adapting. Generally requiring a fairly wide playing field, Solitaire has found itself at odds with the more vertical nature of the mobile market, prompting smartphone users to seek out more fitting alternatives.

Not ready to let Solitaire die quite yet, developer Zach Gage set out to reinvent it for the mobile world by mixing it with poker to create an experience more suited for a phone than a table. The result was Sage Solitaire, an iOS app which has gained notoriety for its faster, more bite-sized approach to the PC classic. Now, Gage is looking to embrace the poker side of the hit game a bit more with two new gambling-based modes which bring the thrill of Vegas to the strategy of Solitaire.

The first is Vegas Mode, which sees the player gambling away fake money every time they want to start a new game. “Every game costs, so now every game counts,” writes Gage on his Twitter account. The idea is to prevent players from simply restarting in order to be dealt more favorable cards.

Second and perhaps more interesting is True Grit mode, which brings the intensity of Diablo’s hardcore mode, in which the player’s character would be deleted upon death, to card games. Playing like Vegas Mode, True Grit Mode has one simple caveat: blow all your cash, and you’re out. “Fall below $0, and you can never play it again,” explains Gage. It’s not often that one sees such high consequences hit the mobile market, but perhaps the threat of being kicked out of their favorite virtual casino is just what subway patrons need to wake up in the morning.

You can download Sage Solitaire yourself over on the iOS market. 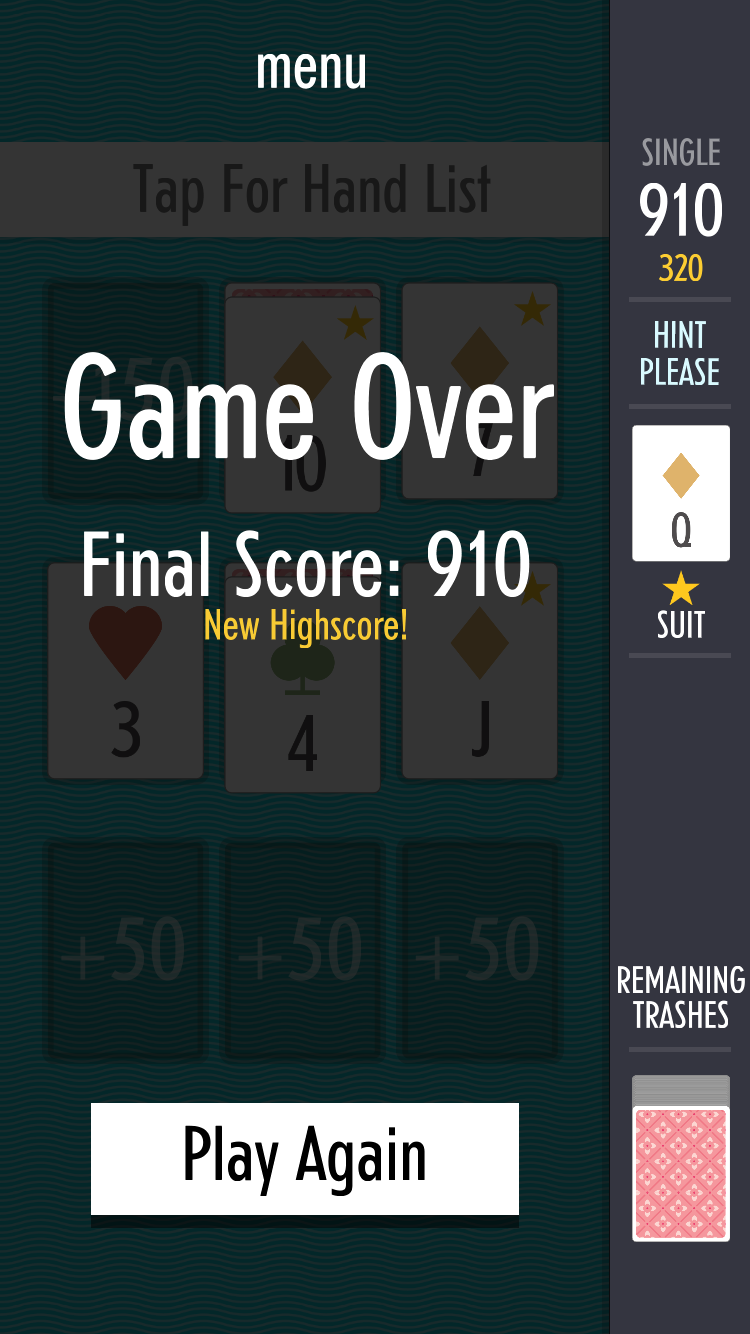