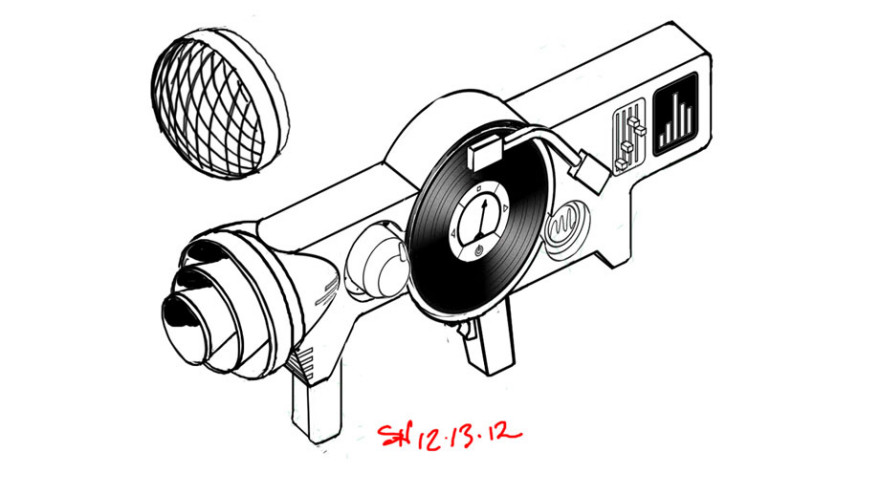 Saints Row 4, as you may have heard, has a dubstep gun. This fact alone tells you more about the game than just about anything. It’s a big gun—cotton-candy pink with a turntable, equalizer, and an array of buttons and knobs. Pull the trigger and a rainbow convulses from its bell end. A nasty womp womp fills the air, causing rent-a-cops and urbanites alike to get down, fist-pumping and breakdancing to the music, explosive meteorites raining from above.

It’s both amazing and amazingly shameless. Divine and devoid of common decency.

My first reaction was that Saints Row 4 is fucking stupid; I mean that in a bad way, if it could potentially be taken any other. It doesn’t fit within the norms of what a well-adjusted thirty-something should be doing on a weeknight. “Isn’t this better suited for Juggalos?” I wrote in my notes. It didn’t help that the character I created was a five-hundred pound “sexy” Samoan woman with male pattern baldness, silicon-blue skin, and an MC voice deeper than the Mariana Trench. But then a funny thing happened. I realized that Saints Row 4 is fucking stupid, in a brilliant way. It’s the most fun I’ve had with a game all year.

As a series known for knuckleheaded, open-world shenanigans in the big city, Saints Row has moved into the college loft that was vacated and condemned when Grand Theft Auto decided to grow up and do serious drama. There are hoods to claim, cars to jack, tall buildings to leap, cops to run over, and gun shops to, well, buy guns at. It gets the things right that an open-world game should. And, by that, I mean it gives you so many side jobs, arrows pointing you to “Blow Stuff Up Here,” and superhero powers to supercharge that it’s hard to plan ahead. I find myself unconsciously and hyper-actively flying from one event to the next, which feels great.

Thankfully, it lets me screw around, too. This is a good thing, because after about an hour of hyperactivity, my eyes seem ready to burst. So many sandbox games these days have the idea that we should hunt. Play Red Dead Redemption, skin a buck. Play Far Cry 3, skin a gila monster. Play Grand Theft Auto 5, skin a bear, or play golf.

Instead of tanning animal pelts, Saints Row lets me ride. This is endlessly entertaining, because my passenger, a man in a hotdog suit, is leaning out of the window and shooting at random bystanders. Besides, flaying Bambi is something I’d rather not do. But I would definitely drive a Lamborghini somewhat recklessly and at high speeds through a midtown area riffling with nightlife, grime pumping out the windows. I did so last weekend. Yeah, okay, in a Camry.

When I got my review copy of Saints Row 4 in the mail, I looked over the press sheet. On the first page was an ASCII art image of a hand giving me the finger. This is not typical press sheet material. Yet it’s totally indicative of the quality and kind of humor you’ll find in the writing. I’d compare it to a season of Archer with the funny parts cut out. There’s a dildo for a weapon, as per usual. And the city’s chain of car customization shops is called Rim Job. It’s a fine punchline, but it’s missing the first half of the joke. At least it doesn’t take itself seriously. The times when I laugh hardest are when, out of the blue, my boy the hot dog loses it, snatches a hostage, and, for no reason, opens fire. (I guess you have to be there.)

One question you might be tempted to ask is if Saints Row is social commentary. I mean, you’re playing as the president, aliens are overrunning the country, and the people exist in a virtual reality simulator. It’s a tempting thought, but don’t overthink it. The only comment made here is that video game characters aren’t too bright. Why else would an unarmed pedestrian walk straight up to a guy holding a shotgun and punch him in the face? Besides, not even in L.A. do megalomaniacs complain about their schedule when the half-naked body of a hooker thumps against the hood of their S.U.V.

Insights only get in the way. After all, this is a game where you can get in shootouts with levitating toilets.

Insights only get in the way. After all, this is a game where you can get in shootouts with levitating toilets. Where you can dispatch a black hole at an intersection and watch as it inhales oncoming traffic. Where you can ride around in a police cruiser that looks like Voltron’s head; chase after a golden egg in a spoof of quidditch; throw yourself in front of a bus to gain mad air. My crew consists of a ninja in purple cloak, a stripper with bunny ears, a walking hot dog, and a guy in a gorilla suit. How are you going to rationalize that?

I don’t. I pile all of them in an ambulance, hit the nitrous boost, and take off across the turnpike, heading in the general direction of the enormous moon on the horizon, the glorious dumbness of dubstep bumping in our wake.