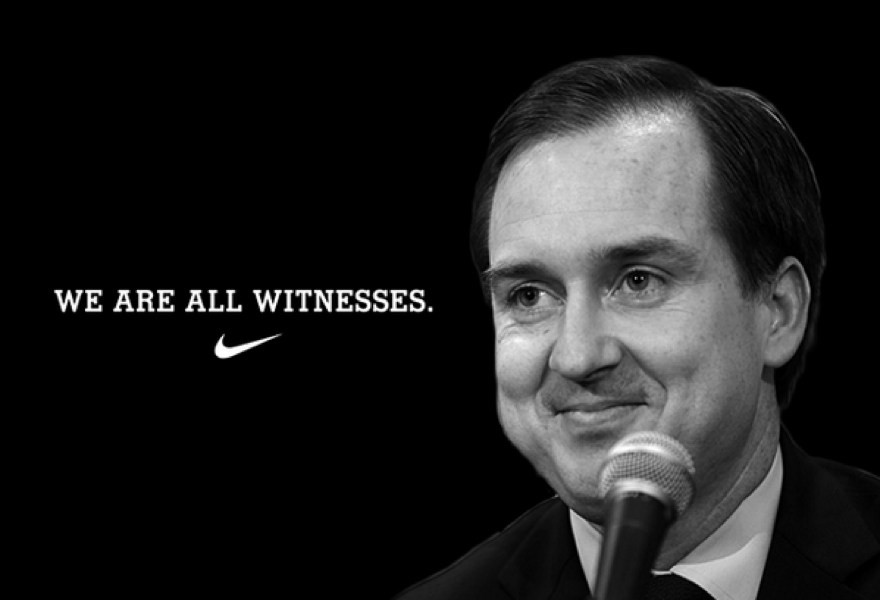 True to form, Sam Hinkie was not wrong when he wrote “the NBA can be a league of desperation” in a letter to the Philadelphia 76ers’ equity partners last week. Hinkie, having quit his position with that letter, is now the former president and general manager of the 76ers. And more importantly, he made a career out of not being wrong.

Hinkie was not wrong in noting that the design of the league offered scant rewards for mediocrity; a team on the margins of the playoffs can easily become trapped in that unsatisfying range. Hinkie was not wrong to observe that the league consistently rewards its worst teams with high draft picks. Nor, for that matter, was he wrong in calculating that such picks are the most reliable way to acquire a transcendental player. Hinkie wasn’t even wrong in noting that there’s an arbitrage opportunity in taking on the stupid money contracts handed out by other teams.

There is, however, a crucial difference between not being wrong and actually being right. That is as good a place as any to start analyzing the legacy of Sam Hinkie and what came to be known as The Process, a three-year reign of terror during which the 76ers won a league worst 19.4 per cent of their games. (Over the same period the next-worst team, the Los Angeles Lakers, won 26.6 per cent of their games.)

So why didn’t The Process work? It didn’t help that Hinkie turned his collection of draft picks into a series of tall men who were broken to varying degrees or, in the case of Dario Saric, yet to enter the country. It also didn’t help that the 76ers were unable to convert their futility into a number one draft pick. But those setbacks were just the cherries on the fetid sundae that was The Process; Sam Hinkie’s real problem was a failure to understand the game design of the NBA.

When he wrote about The Process in late 2014, Kill Screen supremo Jamin Warren (who, full disclosure, pays my bills) likened it to the strategy employed by Chinese, South Korean, and Indonesian badminton players at the 2012 Olympics, all of whom calculated that throwing games would place them on the easier side of the draw. In hindsight, the salient part of this parallel is that these teams were thrown out of the tournament. Sports leagues, it turns out, have a limited tolerance for deliberate losing as a strategy. In soccer, the Premier League has previously fined teams for fielding supposedly noncompetitive squads. In the NBA, the Stepien Rule prevents teams from trading first round picks in consecutive years. It is named for former Cleveland Cavaliers owner Ted Stepien, a man who by almost all accounts needed to be saved from himself. The rule, however, is a signal that not all strategies are actually on the table when it comes to sports leagues. Indeed, NBA commissioner Adam Silver tried (and failed) to pass reforms last year that would have ruled out many of Hinkie’s shenanigans.

a failure to understand the game design of the NBA

Hinkie did not, however, escape the long arm of the league. Longtime NBA executive Jerry Colangelo was appointed as his superior in December. “Multiple sources said the league office helped bring the pairing of [Sixers owner Josh] Harris and Colangelo together in Philadelphia,” The Washington Post reported at the time. The story continued: “If there was any possibility that this long-term experiment of tanking for picks could continue past this season, those thoughts ended Monday.” Colangelo’s son, Bryan, will now replace Hinkie in Philadelphia.

What made Hinkie think that he could avoid the fates of Stepien or the Olympic badminton players? The Process, above all else, was a calculated bet that the public and league would both accept that not all forms of losing are created equal. Ted Stepien may have been an idiot, sure, but Sam Hinkie, the theory went, was a genius. To an extent, it worked. A fair number—though definitely not all—fans bought into The Process. The hashtag #INHINKIEWETRUST became a genuine expression of faith and a site of vicious satire. The Process was many things—a theory of how basketball works, a strategy—but it was primarily a rhetorical strategy to make Hinkie seem different from Stepien or the Olympic badminton players.

That is why Hinkie, on the rare occasions he expressed himself, sounded like an airport bookstore who had achieved sentience and been placed in charge of a basketball franchise. The 13-page letter announcing his resignation/ouster did little to dispel this operation. Amid a flurry of LSAT words and some others that may not actually be words, Hinkie managed to cite prominent thinkfluencers such as Atul Gawande, Elon Musk, and Warren Buffet. The general thesis of the piece, insofar as it has one, is that old Apple slogan: Think Different. As with that other, more modern tech mantra, disruptive innovation (also cited in the Hinkie letter), Think Different is one of those aphorisms that hardly guarantees success yet is difficult to refute. How can you be sure that disruption isn’t actually working? How can you be sure The Process wasn’t going to work? In most cases, these things don’t work, but the logical formulation makes it harder to call the speaker’s bluff.

Hinkie ran the Sixers like a man who took Malcolm Gladwell’s 10,00-hour rule more literally than the man who came up with it. If these players could just face enough adversity, if they could just get in their 10,000 hours, maybe, just maybe… It is here that one ought pause to note that Gladwell’s favorite basketball figure, Vivek Ranadivé, currently presides over a Sacramento Kings team that only rivals the Sixers in its dysfunction. The thing about these pop-psychology and management theory ideas that Hinkie never seemed to understand is that they were still probabilistic. Most disruption is just disruption. Most people, even given 10,000 hours, will still not be good basketball players. There are things you can do to improve your odds, but The Process’ ontological conclusion turned probabilistic thinking into an article of faith.

this… is what basketball must look like to him

Here’s what I know about Sam Hinkie, the former Stanford MBA, management consultant, and Sixers GM: His team was unrelentingly awful. He wouldn’t really dispute this point. Maybe they’ll get better at some point in the future—and maybe Hinkie will deserve some credit for that—but the last three years have been very, very bad.

Here’s what else I know: There’s a game called Soccer Manager that I’ve been playing for the better part of six years now. You play as the front office of a soccer team, buying and selling players. Through a quirk of game design, Soccer Manager offers some easy opportunities for arbitrage. You can buy players at their minimum asking price and, so long as they don’t get worse, you are guaranteed a profit in a few months when you resell them. In that respect, you can collect players like assets and move them around until you are eventually wealthy and your team is stocked with good players. You never actually play the game of soccer in Soccer Manager; you just log in at 4:30 p.m. and check your scores. It’s an abstracted vision of sport, in which players are just assets and success depends on seeing little more than numbers on a spreadsheet. When logging in over the past few years, I’ve occasionally found myself thinking of Sam Hinkie. This, I’ve thought, is what basketball must look like to him. He was not wrong about many of the sport’s underlying structures, but he was not right about the latitude it allows managers or the human element that cannot be simulated away.