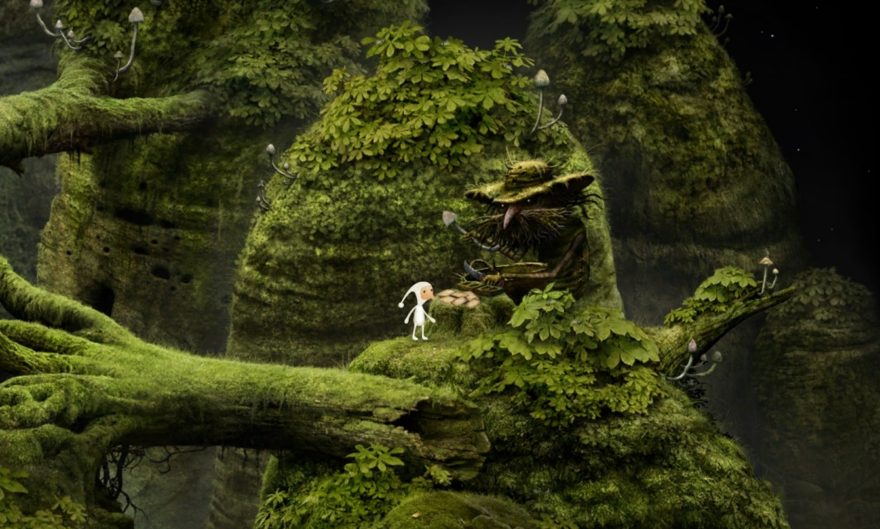 Samorost 3 is a game that cares about the tiniest organisms on the planet. It’s made of them: curious bugs that harvest moss, fungi blown up to the size of three-story houses, tree knots as gargantuan as an abyss. It seems fitting then, that Samorost 3 is now available on iPhone and iPad; smaller screens than the desktop PCs it was released on back in March this year, and screens that let you prod its world with your finger rather than a computer mouse.

The game is a fairy tale of microbiology, inspired by Jakub Dvorský’s love of poking his face and fingers into nature’s smallest cities, watching the tiny populations scuttle and writhe. Dvorský is the creative lead at the Czech-based studio Amanita Design and it’s his interest in microbes and landscapes and outer space—the entire wonder of the natural world, really—that has driven the studio’s output over the past decade.

a great deal of attention on texture

That includes the seminal Samorost way back in 2003, its sequel in Samorost 2 in 2005, and the more well-known Machinarium from 2009. Samorost 3 is the studio really hitting its stride. It was funded by the success of Machinarium and created over a period of around five years. The result is a fantastic world of leafy green foliage and terrifying mechanical beasts that showcases a great deal of attention to texture. You can tell just by looking at the game that its lineage is found in the great Czech animators of the 20th century, who turned mundane objects into allegorical puppets, and found ways to discuss life, death, and love through the art of claymation and stop-motion. When you see Samorost 3 in action, its feeble beings hopping and singing and flying around, it is to look upon a local history of magical animation.


Beyond that, what you can expect from Samorost 3 is a quaint tale about a space gnome who acquires a magic flute one day. Upon the wisps of its mystery, the gnome then travels across space, visiting planets, some made of aged tree bark, others springy and home to bees and flowers. It’s a wordless adventure that lets its creatures speak with inflated alien garble and hand-drawn illustrations. Between them all is a shared sense of distress that you must hunt down, but not before causing a bit of your own mischief along the way, oh, and playing some fine tunes on that flute. Which reminds me: yes, the game looks good, but the enchanting music and foley sounds are what some might call perfect. I would be one of those people.

You can purchase Samorost 3 for iPhone and iPad at the price of $4.99 over on the App Store. Read our review of the PC version here.