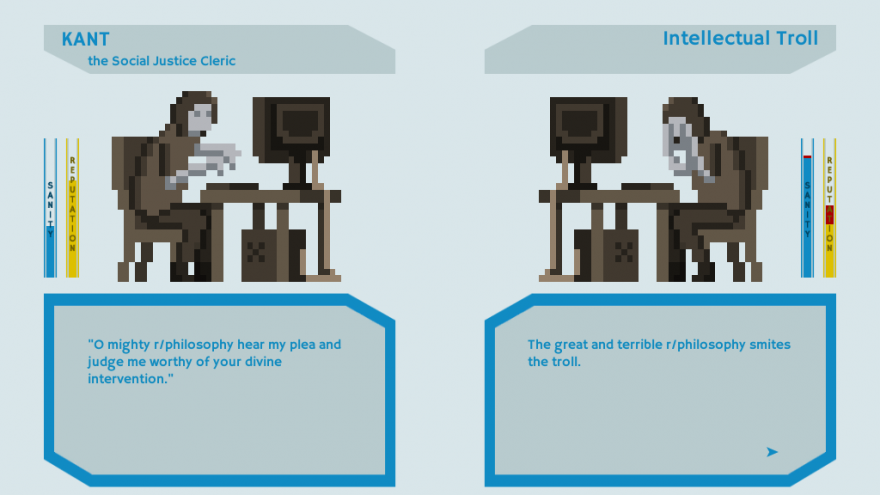 Social Justice Warriors, a satirical game about fighting trolls on the internet regarding the topic of social issues, sparked an array of incoherent discussions about social issues and their place in videogames through the Steam Greenlight forum.

The Greenlight description explains that this game was inspired by a list of videogame “social justice” journalists to avoid. By taking the mechanics of a standard turn-based role-playing game, Social Justice Warriors requires players to argue with internet trolls through social media, while making sure their own Sanity and Reputation meters remain intact. It’s hard to say exactly who or what the game is attacking through its satirical tone. Journalists who believe games can incorporate social commentary? Games with social commentary? Internet arguments in general?

As a SJW (that’s short for social justice warrior, btw), you can reply to the attacks from the trolls in any way you choose. Though, as the description claims, “Relying solely on logical arguments to change minds doesn’t work very well online, but resorting to personal attacks and mudslinging will erode your moral high ground.”

Taking a quick glance at the discussions posted within hours of the game’s appearance on Steam, I am assured of at least one of its messages: yes, debates on the internet aren’t very constructive.