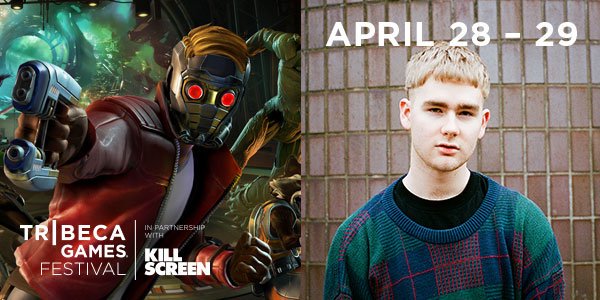 The Tribeca Games Festival starts a week from today with an opening night party April 28th that’s packed full of games goodness for you to enjoy, the largest of which is the crowd play of Marvel’s Guardians of the Galaxy: The Telltale Series, Episode 1. Be one of the first to play it and experience Telltale’s new crowd play system.

Like Telltale’s other games, Guardians of the Galaxy is a choice-driven game where the story unfolds based on the decisions you make. However with a crowd play, decisions are made not by an individual but by dozens of people all voting for their preferred course of action. The result is a thrilling and electric live experience bringing a crowd together – or, more likely, tearing them apart over different choices and causing them to ignore each other for the next hour.

Control Star-Lord and the other Guardians as a crowd and determine the fate of the galaxy as it is threatened by Thanos. The crowd’s decisions will affect large and small from the smallest nuances of inter-character relationships to the outcome of the Guardians’ fight for justice – for better or worse.

The Guardians of the Galaxy crowd play is not the only delight in store for the first evening of the festival. Mura Masa, the British electronic music producer and multi-instrumentalist, will be playing a live set fresh off the stage at Coachella. We will also have an arcade featuring new and upcoming titles ranging from indie to small, and a new social card game sponsored by MailChimp where you trade unknown currency amongst each other, and trade in cards for real prizes.