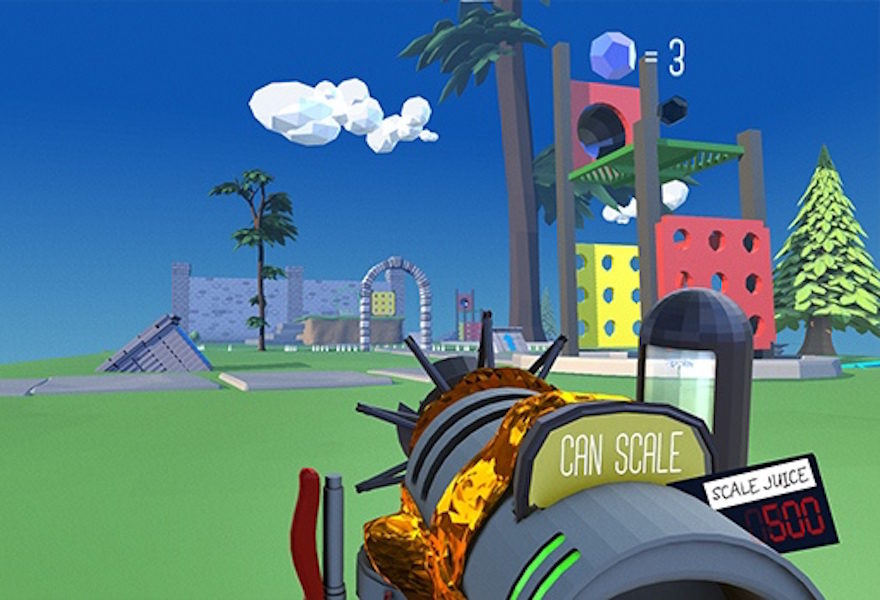 As anyone who’s spent more than a few hours scratching their head at that damn fox-chicken-grain riddle knows, solving a puzzle can often be a frustrating, demoralizing experience. If the puzzle’s good enough, it can even feel impossible. But despite however stressed the solver feels while trying to put the puzzle together, there is always at least one other person it has frustrated more: its creator.

Whereas the solver only has to find a single solution to put an end to their struggle, the creator has to anticipate all possible solutions and narrow them down to just the desired outcomes before even so much as putting their puzzle in front of another person, and that’s only the beginning. In the latest update for the upcoming size-shifting puzzle game Scale, creator Steve Swink gives an in-depth look into just how he deals with this frustration while creating his own brainteasers, as well as the steps he goes through while implementing them into his game’s ever-growing-and shrinking-world.

Categorized under four different subheadings, Swink’s process is long, thorough, and more than anything else, focused on revision, revision, revision. It starts simple enough, with the first few steps being dedicated to brainstorming and drafting, but it’s not long before it becomes an involved process of self-rubrics and continuous notes from testers. However, before Swink can even begin putting a puzzle into the game, he first runs himself through something called the “Idea Gauntlet,” which is a series of self-invented questions about how viable the puzzle actually is and what it might offer to the game as a whole.

“What is the insight?” he asks. “Can this puzzle only exist in Scale? What is the purest form of this idea?” These questions are difficult enough on their own, but they are only the first part of a much longer process. It is only after he has answered them all that he moves onto building a rough version of the puzzle and testing it himself. Beyond this lies more testing, this time with other people at the controls, during which time Swink takes notes on both how players solve the puzzle and if it causes any bugs or defects within the game. Then, two more idea gauntlets, which sometimes involves reworking a puzzle from scratch and having to test the game for bugs again. Once this is all complete, he is finally able to take a breather… before getting ready to start the process all over again.

It’s a laborious process, and as Swink notes, it is often filled with uncertainty and discomfort. But according to him, this frustration is only a sign of progress. “I recently read a great book: Deep Work by Cal Newport,” he writes. “In a later chapter, he describes his experience being a theoretical mathematician and computer scientist. In particular, he describes the sensation of doing deep work.” Swink explains that according to Newport, feeling uncomfortable while doing one’s best work isn’t necessarily a bad thing. It simply means “you’re operating right at the edge of your current abilities and mental capacities.” As Swink explains, ““uncertainty and discomfort and struggle are signs that you’re doing the right thing.”

With this mindset, Swink is able to charge into his process free of his former doubt, confident that like an itching wound, the pain only means progress. “That’s way better than getting all down on myself for not [being] a perfect magical designer whose entire output is immaculate, gorgeous perfection,” he says. “I’ll leave that to Derek Yu.”

To read Swink’s full update for yourself, including a recap of his recent trip to Banff, visit Scale’s Kickstarter page.