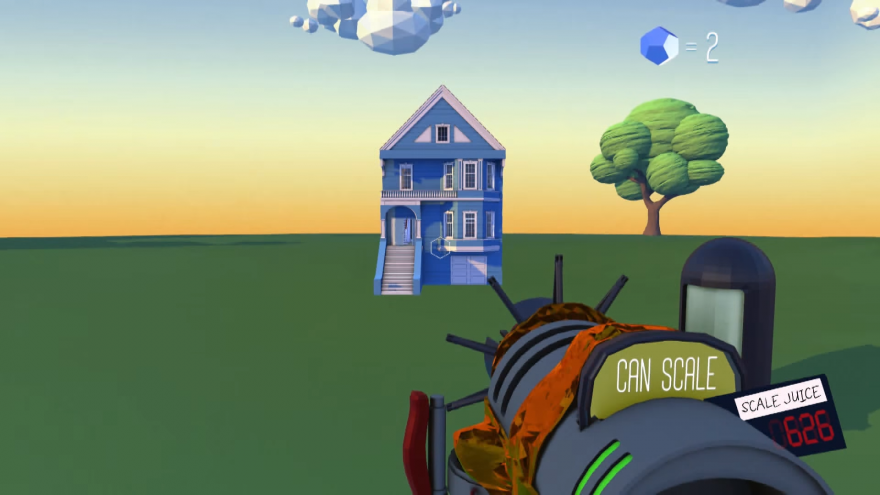 SCALE captures so much of what makes videogames exciting: that feeling of interacting with ordinary objects in new and strange ways, the abstraction of mundane things, the sense of wonder that comes with experimentation, and the reward when your presence in the world means something.

But it isn’t all fun and games trying to turn SCALE’s mysterious, size-shifting playgrounds into a coherent whole, as evidenced by the game’s latest Kickstarter update. In the blog post, creator Steve Swink goes over the many iterations he’s made and scrapped just for SCALE’s hub, the central zone that connects each of SCALE’s individual levels and lets players track their progress through the larger adventure.

“Since the beginning of this project I’ve been looking for the right meta structure for this game. Every time I think I’ve got it, it unravels,” writes Swink. “When people test the game, I see something in the structure of the hub that isn’t quite working. I work on small incremental fixes and then before I know it I’ve rebuilt the whole damn thing. So, that’s happened three times since the last update.”

sizing up tiny objects to reveal the hidden, explorable spaces inside

One of the main issues that Swink has run into designing SCALE’s hub is unclear visual language that obscures the purpose of certain objects or what’s required by players to advance. After some experimentation, which you can read more about on Kickstarter, Swink settled on the idea of glass tanks, themed according to the various levels they link out to and filled with doors that actually transport players to each new stage.

In my experience with SCALE, sizing up tiny objects to reveal the hidden, explorable spaces inside was one of the most interesting parts, so it’s neat to see that possibly incorporated in the central hub.

Learn more about SCALE on its Kickstarter page.