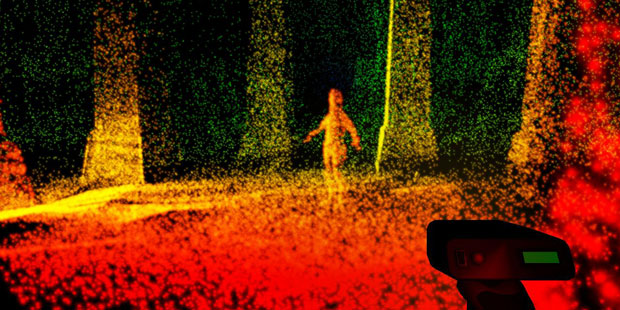 After working on one thing for an extended period of time, sometimes the best thing to do is to step away from that particular project and work on something else for a while, if only to get the creative juices flowing again. This is what happened to Introversion, the studio behind Prison Architect (2015), a game in which players act as both the warden and the titular architect, as they manage and expand their very own prison.

Last year, the team decided to take a month off from Prison Architect and create two prototype games. They became Scanner Sombre and Wrong Wire. Introversion’s lead designer Chris Delay explained that he “just wanted to work on something completely different to Prison Architect, or any of our previous games for that matter.”

Wrong Wire, a game about reverse engineering a bomb and defusing it, will inevitably draw some comparisons to Steel Crate Games’ Keep Talking and Nobody Explodes (2015). Scanner Sombre on the other hand, will have a relatively harder time being compared to other games (though it bears some visual similarity to A Light In Chorus). The main concept is based on LIDAR, a type of surveying technology that measures distance and illuminates nearby objects using lasers, and it’s an idea Delay’s had kicking around for a while. He cites the 2008 music video for Radiohead’s “House of Cards” as another point of inspiration for the game.

“There’s something deeply haunting and beautiful about this kind of imagery,” he says. “It’s recognizable but also inhuman and abstract. I thought I could create a wonderfully unsettling atmosphere for a videogame if all you could see was the LIDAR point cloud, without any natural light to help.”

“drawn in by the mystery”

Scanner Sombre is set inside a cave where players are given no portable light source. The only source of light they have is a small fire, and nearby is a scanner gun players need to pick up before heading deeper into the cave. All told, it’s not an incredibly long game, but it was never meant to be. It was made to be a complete experience that would take around 15 minutes to play; and for a game that was being shown among many others at London-based videogame event Rezzed last weekend, that short playtime is perfect.

During the month in which Introversion worked on their two prototypes, Delay believed getting both games to a playable state would be the best way to show off the ideas driving both of them. By the end of Rezzed, both games had received incredibly positive responses. According to Delay, many were “drawn in by the mystery” presented by Scanner Sombre, and watching others play prompted him to take down dozens of notes.

Now that Rezzed is behind Introversion, though, it’s back to work on Prison Architect, with the futures of Scanner Sombre and Wrong Wire currently undecided. That includes any plans to release either game on PC or consoles. “I’m really not sure what we will be doing yet,” answered Delay when asked about a public release. “Both [games] had their fair share of fans, and we are still committed to working on Prison Architect.”