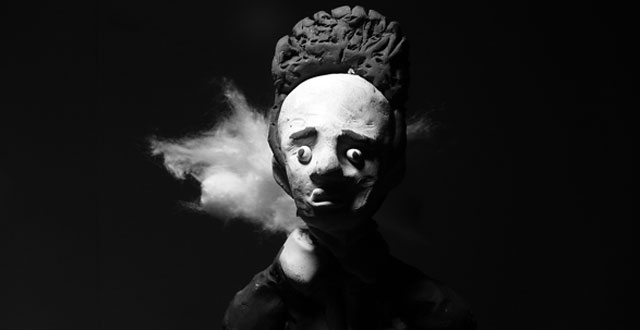 For more than 20 years, Jayne Gackenbach has been doing research into the depths of our sleeping subconscious as a dream researcher. Over the past decade, the professor of psychology at Edmonton’s Grant MacEwan University has become increasingly interested in the world of videogames after watching her son consume them with a passion as a child. We asked her about her the interconnections between those two worlds—dreams and games—and how nightmares and videogames are related. Gackenbach’s recent work suggests that playing videogames may actually decrease the frequency of nightmares. We wondered why!

Where did that seed of interest come from, in terms of thinking about videogames and dreams?

I’ve been a dream researcher since the 1970s, and I was the first seriously looking at lucid dreaming. Then my son got a Nintendo [Entertainment System]. Like all mothers, I was amazed at the passion it elicited in him. So I started to read the research literature—I am a psychologist, after all!—and saw some of the early research pointed to an association between games and spatial skills. I wondered if gamers were having lucid dreams.

We started looking at them, and sure enough, gamers have lucid dreams. What’s really strong is the control in the dream. That’s not terribly surprising. You’re in an artificial reality when you’re dreaming; except with games, you’re in control of it. Watching television, you’re not in control. It’s like anything—if you practice all day, you dream about it.

What is a nightmare?

It is a dream that is so frightening that it wakes you up. You can have a disturbing dream, but if it doesn’t wake you up, it’s not a nightmare. In nightmares, you’re most often a victim and you’re out of control. You’re frightened and your heart is racing.

You’ve talked about the evolutionary reason for nightmares as well.

Dreams emerge as a place to rehearse escaping from threats. You’re better equipped to deal with a saber-toothed tiger jumping out if you dream about it. It’s basic threat simulation. Being able to cope effectively in nightmares can be important, because in the wild, you’re a victim more often.

And what did you find about the connections between playing games and nightmares?

With gamers, rather than being victimized, they fight back. Nightmares are threatening, and we found that really aggressive threats were found in [the dreams of] low gamers—but the high gamers didn’t have them. There was a guy who couldn’t fire a gun in his dream. Another one talked about how he couldn’t move. That lack of ability to respond was more common in low gamers.

We looked at veterans. There was more military combat in the low gamers’ dreams. The high gamers had played it out in their gameplay—so waking fantasy can have that compensatory aspect. With the guys that were gaming the most, first-person shooters and war games served as inoculations. But the dreams that were the most severe were in the low gamers.

Nightmares are common for post-traumatic stress disorder. So we wondered about the military, because there’s rampant gaming there, too. Might this aggressive action and the fighting back inoculate the soldiers who game—or game a lot—against the really strong nightmares accompanied by real trauma?

Gackenbach has started a new podcast on videogames and dreams that you can listen to here.