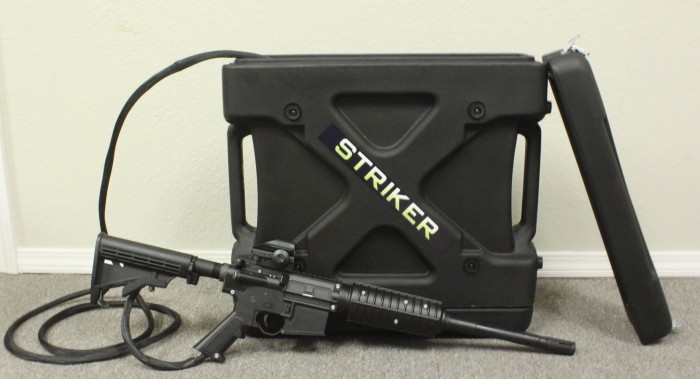 Because it’s totally lame to fire a dinky little light gun in virtual reality, the Striker VR looks, rattles, and vibrates like a real-deal, deadly assault weapon. “Input” remains one of the great unknowns in our VR-filled future, so you might as well pick one of these up if you’ve already sprung for an omnidirectional treadmill.

What differentiates DEKKA Technologies’s scary haptic feedback gun from its peers is that it uses an “electro-magnetic linear drive system,” which means that it kicks like a bronco when you pull the trigger in your favorite shooter, assuming it’s compatible. It boasts a weighed barrel with fancy tech inside that is easily programmable to jerk and kick back the way an actual gun would, or at least an actual virtual gun. Another cool feature is that it can redistribute its weight so that the gun feels different in your arms.